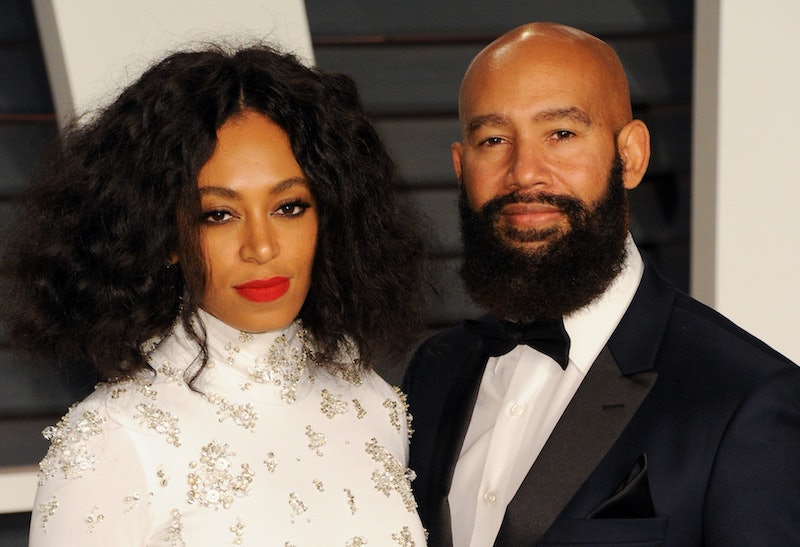 In a reflective Instagram post shared on Friday, Nov. 1, Solange Knowles announced her split from her husband Alan Ferguson. Knowles and Ferguson, a music video director, separated “early this year” after nearly five years of marriage, according to Knowles’ lengthy social media post. The news comes on the heels of what would have been their fifth wedding anniversary. The two wed in November 2014. In her Instagram post, the When I Get Home singer attributed the desire to “protect the sacredness of [her] personal truth” to the decision to share the news of her separation.

She wrote in the post, "The past 2 years have brought me more physical and spiritual transition and evolution than ever before. my body left me with no choice but to listen and be still.” Knowles then referenced Ferguson directly: “11 years ago I met a phenomenal man who changed every existence of my life," she wrote. "early this year we separated and parted ways, (and tho it ain’t nan no body business) I find it necessary to protect the sacredness of my personal truth and to live in it fully just as I have before and will continue to do.”

Knowles and Ferguson wed in an intimate ceremony in New Orleans on Nov. 16, 2014. The wedding ceremony had guests were clad in all-white outfits and included a guest list of Knowles’ sister Beyoncé, brother-in-law Jay-Z, niece Blue Ivy, and musician Janelle Monáe. Prior to her marriage to Ferguson, Knowles was married to Daniel Smith, with whom she shares a 15-year-old son. Ferguson, an award-winning director, has collaborated with Knowles on her music videos for “Cranes in the Sky” and “Don’t Touch My Hair," as per PAPER.

While Knowles and Ferguson have long remained mum about their relationship in public interviews, Knowles offered a rare statement about her relationship in an interview with Harper’s Bazaar in March 2014. “Luckily, I dated all of the losers ages ago,” she told the publication. “My love life has been stable for a while." She then joked, “It's a f*cked-up thing — without conflict, it's a lot harder to write interesting songs."

In her Instagram post on Friday, Knowles concluded her message on a positive note. She wrote, “May all of your transitions no matter how big or small, be kind to you and filled with incredible love and light!”

More like this
Sadie Sink Would Escape Vecna From 'Stranger Things' With This Taylor Swift Song
By Grace Wehniainen
What Is Ariana Grande's Net Worth? When It Comes To Money, She Has No “Problem”
By Hugh McIntyre
Lily Allen Was “Quite Emosh” After Performing Sober At Glastonbury Festival
By Stephanie Topacio Long
Olivia Rodrigo’s Song Dedication To 5 SCOTUS Justices Sent A Strong Message
By Grace Wehniainen
Get Even More From Bustle — Sign Up For The Newsletter