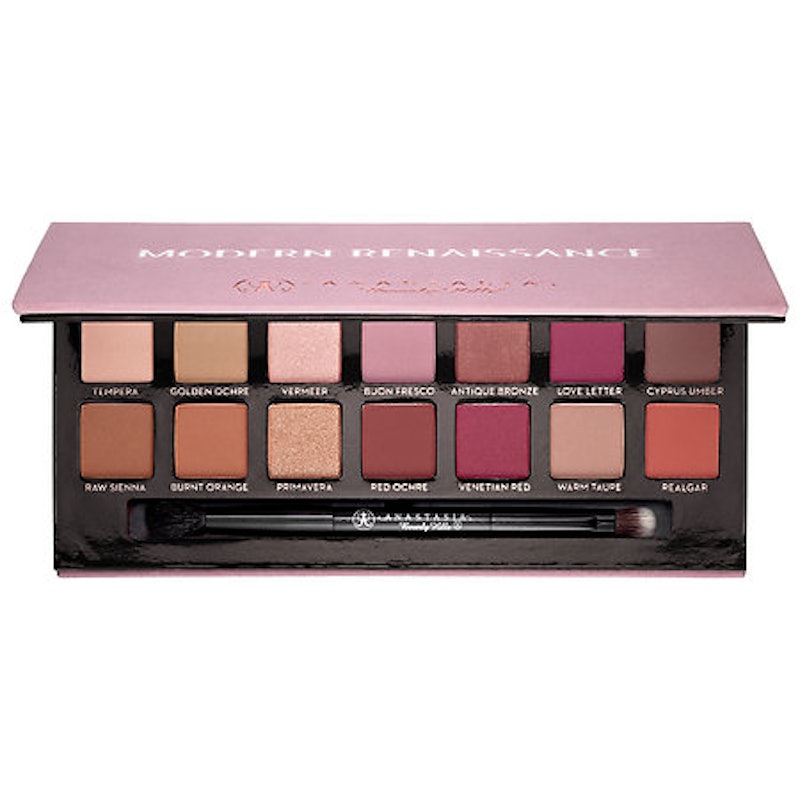 You love eyeshadow, right? Now, do you love it enough to steal millions of dollars worth of product Anastasia Beverly Hills? Well, it's probably safe to say that most of us don't love makeup to the point of felony, but it looks like a certain group of people did: According to NBC News, police say that there was a major break-in at one of the California warehouses storing cosmetics for Anastasia Beverly Hills between Jan. 28th and Jan. 30th, and around $4.5 million worth of makeup was stolen.

Oh, and here's the kicker: ABH is known for their next-level brow products and highlighters, but right now, their most popular product is their Modern Renaissance Palette. Already armed with a reputation as a cult classic, it's garnered thousands of five star reviews, and it's been praised by top beauty bloggers to the moon and back — and all for good reason. It features ultra-high quality and on-trend warm browns, oranges, and burgundies, and fans can't get enough. At any rate, the thieves behind this major heist seem to have tapped into the unending demand for Modern Renaissance Palettes, since they stole over 100,000 of them, each of which is worth a substantial $42.

In an email to Bustle, a rep for ABH says the brand will not be providing comment at this time as, "The case is under active investigation by the LAPD."

The people behind the palette heist have not yet been caught, but as mentioned above, the Los Angeles Police Department is on the job. As silly as the idea of stealing cult favorite beauty products may seem, there's no denying the fact that $4.5 million is a lot of money — so hopefully the perpetrators are caught.

So, here's the takeaway for all the beauty junkies out there reading up on this crime — if you start seeing ABH Modern Renaissance Palettes sold at a price that seems to be too good to be true? Well, it might be.