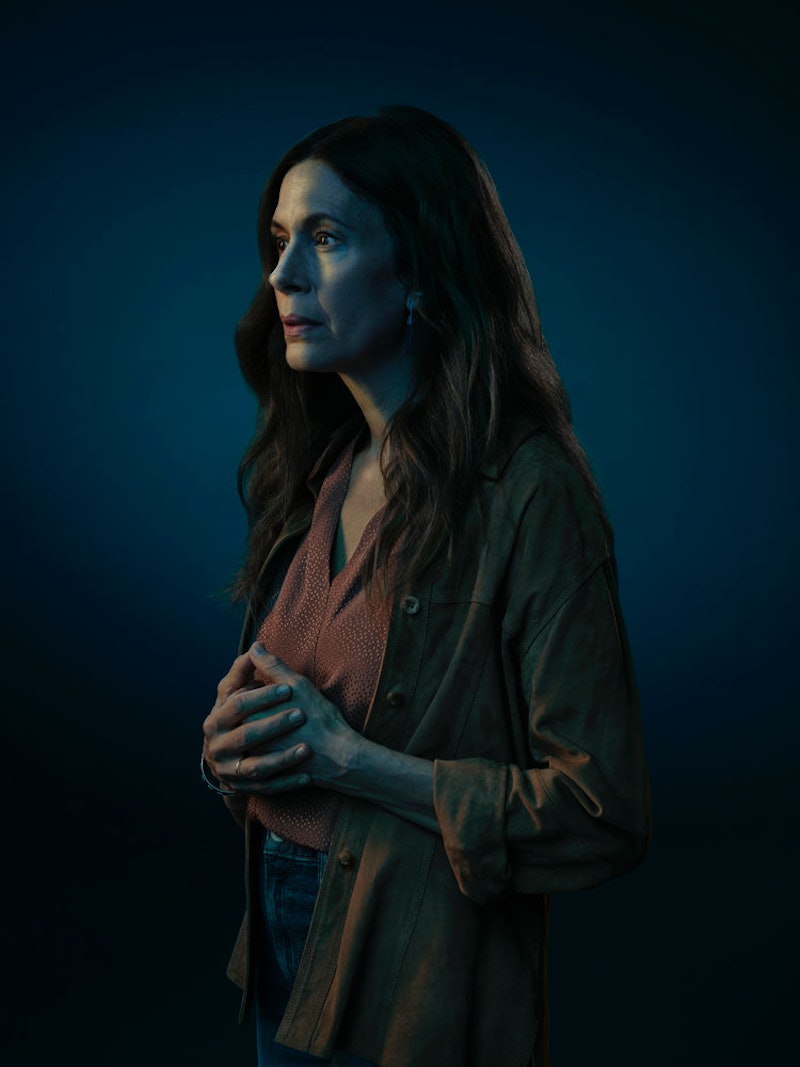 Spoilers for The Sinner Episode 1. Season 3 of USA’s The Sinner follows the same format laid out in the series’ first two installments: someone is dead and while viewers know who did it, we don’t know enough to make sense of it. This season’s unlikely killer is Jamie, a young suburban school teacher with a pregnant wife played by Matt Bomer. His victim, Nick (Chris Messina), is an old college buddy with a sinister flair. Yet it’s Sonya Barzel, the semi-reclusive artist on whose property the murder happens, who emerges from the season premiere as low-key suspicious.

Played with a poised kind of caginess by Jessica Hecht, Sonya’s wary of police questioning no matter how benign. When Detective Harry Ambrose (a returning Bill Pullman) asks if she’s single, she replies, “I’m a painter.” And when he asks if she knows either of the men involved in the car crash near her home, she hesitates before saying no.

But Sonya lives on 60 acres of secluded land; her house is at the end of a private street which leads to nothing but her house. There are only two options: either the men really had gotten lost before the car crash on her access road, or the men were headed specifically to her house before the murder happened. If it’s the latter, it seems plausible that Sonya knew one or both of them. When Harry suggests it, she takes a blustery, defensive stance: “What are you implying?”

The moment that invites the most speculation into Sonya’s involvement, though, is when she asks Harry if the men were armed. He tells her no, but it’s heavily implied by a pause and a long, tremulous bass note that there’s something inside that question. Is it simply the reasonable paranoia of someone who lives remotely and is therefore vulnerable? Or is it only now that she knows both men by name that Sonya fears they were coming for her? It’s telling that she asks the question after Jamie and Nick’s identities are revealed.

That’s not the only moment in which a connection is suggested. Later, when a distraught Jamie drives to the scene of his crime, he throws the car in reverse when he locks eyes with Sonya. Again, is this the panicked reaction of a guilty conscience? The cops are gridding out the murder scene when he happens to arrive. Or is it the artist, who takes a small step forward when she sees Jamie, who sends him running off?

If it’s true that Sonya’s identity is relevant to what happened on the road on the way to her house, the mysteries of the season only expand. Why was Jamie so determined that Chris not drive them to her house that he was willing to risk his own life to stop it from happening? What he protecting her, or was he protecting himself?