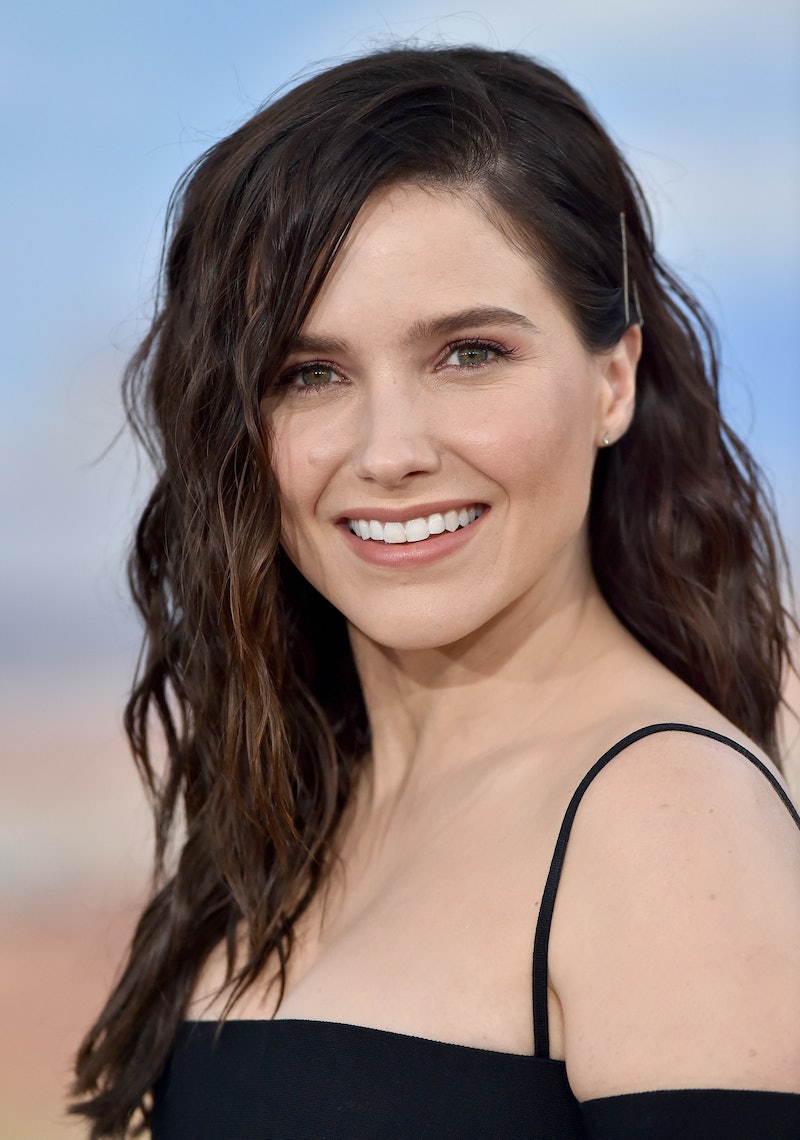 There's a new lead in one of This Is Us' most tantalizing mysteries, as This Is Us Season 4 will guest star Sophia Bush, and fans are already convinced the actor will be the mother of Kevin's son. On Saturday, creator Dan Fogelman announced that Bush and Pamela Adlon would join the This Is Us cast this season during the Television Critics Association winter press tour, but he kept major details about the guest stars' roles a secret. Fogelman teased that Adlon would be involved in a storyline with Sterling K. Brown, who plays Randall, and hinted that Bush would appear in Kevin's storyline, according to TVLine.

Bush starred on Chicago PD for four seasons, so her upcoming role on the show will mark a return to NBC. She's also working with This Is Us executive producers Isaac Aptaker and Elizabeth Berger on a Love, Simon series a Disney+, based on the popular 2018 movie, according to Deadline. Kevin's child, who first appeared in the Season 3 finale, has been a big mystery for This Is Us viewers, so it makes sense that fans are anticipating her role on the series might provide answers.

While Fogelman seemed unwilling to offer details about Bush's new role on the show, fans seemed certain the star would be joining as Kevin's latest love interest and potential mother of his child. On Twitter, one fan wrote, "I NEED Sophia Bush to be the mother of Kevin’s baby!!!!!!! #ThisIsUs," while another viewer added, "Sophia Bush will star in a guest role one #ThisIsUs. ... odds that she's Kevin's pregnant fiance?"

Bush being cast on This Is Us is not the first time time viewers have hypothesized about the backstory for Kevin's son. One past fan theory proposed the possibility that Kevin's child is actually Kate's son, whom he adopted after a terrible event leaves his sister and her husband Toby unable to care for him, according to Cosmopolitan. During the midseason finale, however, another flash-forward revealed that Kevin had a fiancée, and that she was expecting a baby.

During the winter press tour, This Is Us creators assured fans that the mystery of Kevin's child would be resolved in the back half of the fourth season, as per Deadline. Fogelman said, "The story who is the mother of Kevin’s child and all that journey will be a story in the back half of the season, and there will be an answer by the end of the season."

Despite teasing the upcoming plot line, Fogelman declined to comment on if Bush would be joining the show as the child's mother. Even so, it does seem that Bush is poised to become Kevin's latest love interest, though no plot point can ever be predicted for certain in the tumultuous lives of the Pearson children.