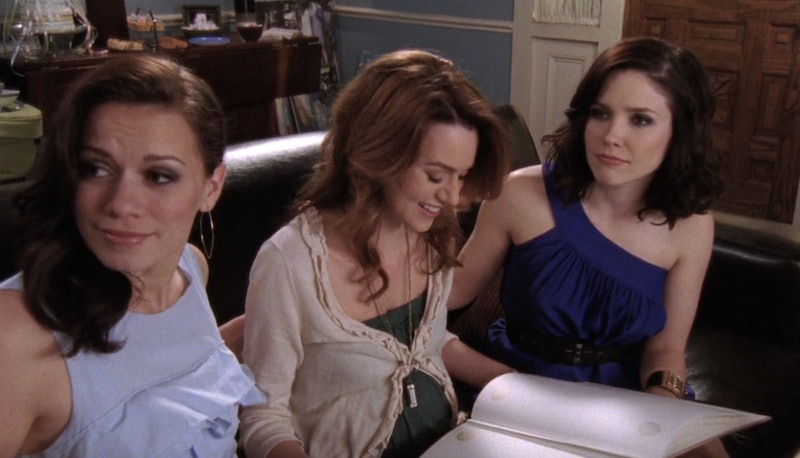 Back during One Tree Hill's heyday on The WB, Brooke Davis proved to be an unstoppable force. She loved her friends fiercely and learned to believe in herself in a way that helped inspire young girls everywhere. For some, even the very mention of the name "Brooke" automatically makes them think of this iconic character. What you may not realize, however, is that Brooke's One Tree Hill name has a special meaning for Sophia Bush, who portrayed the character for nine seasons. In fact, she's the reason the writers went with the name Brooke in the first place.

“I remember that [Brooke] had a different first name,” Bush told Entertainment Tonight at the Incredibles 2 premiere on Tuesday, June 5. “One of our bosses was asking which name it should be, this other name or Brooke, and I said it’s got to be Brooke." So why was it so important to Bush to play someone who had that name in particular? It turns out that Brooke is the name of her best friend and roommate back in college, so the actor wanted to name the character after her as a tribute, of sorts.

At the time, this prompted Bush to call her friend right away and tell her the exciting news. "When she picked up the phone, I said, 'I just convinced them to let me name my character after you,'" Bush recalled to ET. "So that is something that will stick with me for a long time, naming Brooke Davis."

It's a small detail in the grander scheme of things, but it could change the way some fans view the character now, knowing the hidden tribute behind it. Bush didn't go on to specify what the other name option was, but it's impossible to think of the character being named anything other than Brooke.

While on the topic of One Tree Hill, the subject additionally turned to whether or not a One Tree Hill reboot could be in the foreseeable future. (We are living in a world where revivals are becoming the norm.) Unfortunately, Bush had no new insight on the matter, though she didn't seem completely opposed to the idea. "I really don’t know. I don’t have any intel for anybody,” Bush stated to ET, while adding:

"I feel bad when people say, ‘Oh, it can happen’ and then the internet blows up and I’m like, ‘Guys, it’s not happening.’ If there was anything happening they would tell you. But I think with everybody on other jobs and shows, and with kids, and lives, I don’t know. Never say never I guess."

That sentiment doesn't offer up a ton of hope for more episodes to come, but it wasn't a flat-out no, so there's always a chance. In the meantime, fans will just have to make do with going back and rewatching the entire original series, which is now currently streaming on Hulu (the series was sadly taken out of the Netflix rotation last October). The show spans over a total of nine seasons, so it's definitely enough to keep you occupied for a while. Maybe by then the cast and crew will have some more exciting news for their viewers. Hey, a girl can dream, right?

The only difference is now you can look back at Brooke Davis' journey in the show and be even more grateful and appreciative that she was given that particular name. The great William Shakespeare might have questioned "What's in a name?" in his iconic creation Romeo and Juliet, but in the case of Bush's story, the answer is simply: quite a lot, actually.