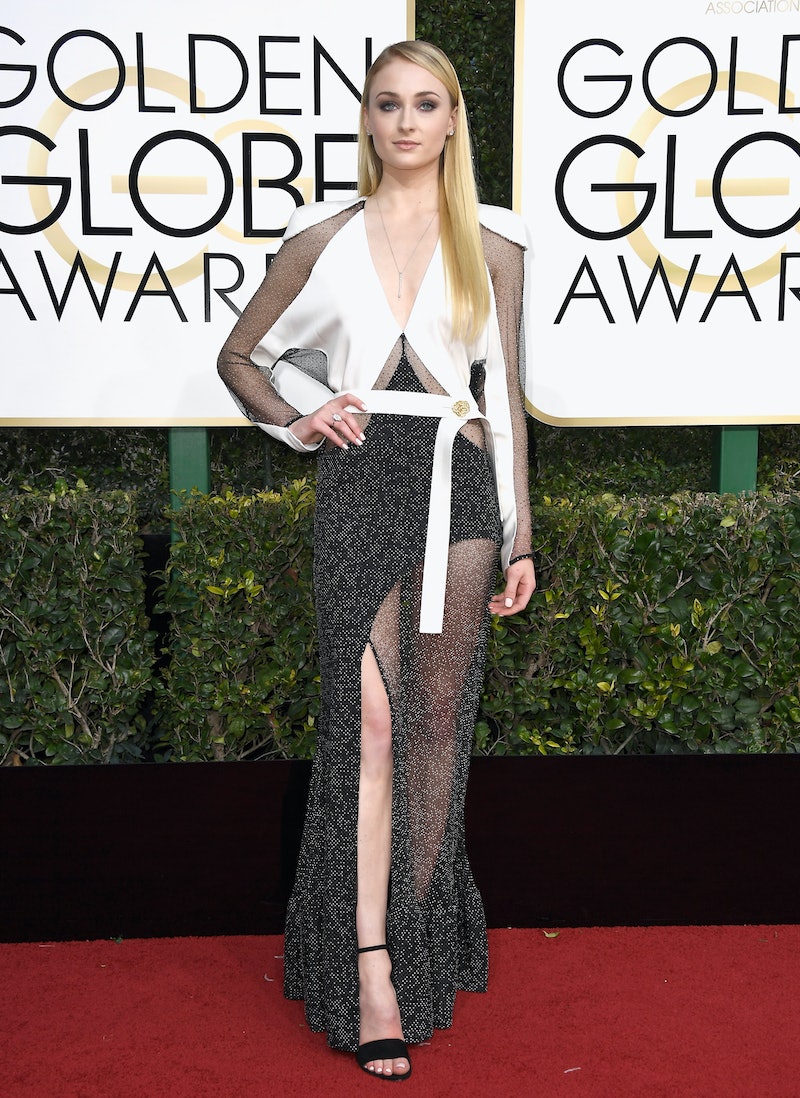 In Westeros, the fictional realm on HBO's Game Of Thrones, Sophie Turner and Maisie Williams play the Stark sisters, Arya and Sansa. Unfortunately, their characters haven't seen each other in years. On the 2017 Golden Globes red carpet, the pair were reunited — and they even shared an adorable moment.

Turner arrived looking incredibly chic in a black and white ensemble and pin straight hair, while Williams went all out and wore a bright yellow column dress with a train and a messy top knot.

Of course, it's not always easy to pose in a dress with a train — in fact, it probably gets very tangled, very quickly. Luckily Williams had her Stark sister to help her out. After all, what else are sisters for? Check out the incredibly precious moment they shared on the red carpet:

In Westeros, all men must die. At the 2017 Golden Globes, all TV sisters must continue to be cute AF.