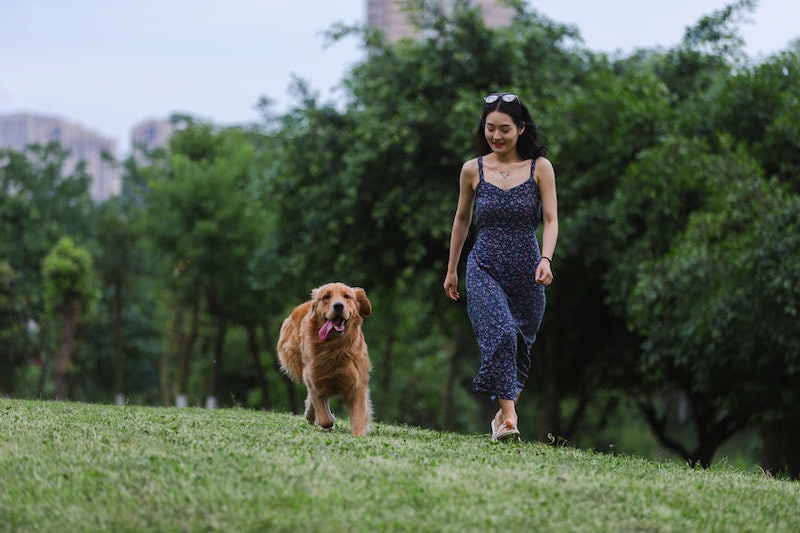 It turns out you needn't be a devoted hiker to reap the benefits of a little time spent outdoors: according to a new study, spending two hours a week in nature could be good for your health and wellbeing. Said nature doesn't need to be a vast swathe of countryside, either — a sit in your nearest park will do the trick. And one more slice of good news: you don't have to sit on some grass for a solid two hours to reap the benefits. Providing you spend a total 120 minutes in nature over the course of the week, it doesn't matter how many trips you take to achieve it.

Two hours a week in nature isn't an attainable target for everyone, of course: it might be difficult for people with disabilities, or people who don't live near parks or other green spaces, or people who don't have the luxury of time. And it's worth stressing, as always, that "getting a bit more fresh air" is not likely to cure a mental or physical illness, no matter how often that one coworker who wasn't asked insists it will. If it's something you are able to do, however, and you're looking for a simple way to boost your wellbeing just a little? Spend that lunch break on a park bench, friend!

Researchers from the University of Exeter used data representing over 20,000 people across England from the UK government's Monitor of Engagement with the Natural Environment survey. The survey asked participants how much time they spent out of doors the previous week, meaning, "open spaces in and around towns and cities, including parks, canals and nature areas; the coast and beaches; and the countryside including farmland, woodland, hills and rivers." The participants' health and wellbeing was self-reported; they answered questions like, "How is your health in general?" and "Overall how satisfied are you with life nowadays?"

The study, published in the journal Scientific Reports, found that people who had spent two hours or more in nature the previous week displayed "consistently higher levels of both health and well-being than those who reported no exposure." The researchers posited that below the two hour threshold, "there is insufficient contact to produce significant benefits to health and wellbeing."

The association between spending two hours in nature and improved health and wellbeing held regardless of the participants' gender, ethnicity or age, the researchers found. It also held true for people living in both poor and rich areas, people who had disabilities or longterm illnesses, and people who lived in areas with limited green space, though again, it's worth noting that those factors could make it difficult to spend those two hours in nature.

Study leader Dr. Mat White, from the University of Exeter's medical school, said in a press release, "It's well known that getting outdoors in nature can be good for people's health and wellbeing but until now we've not been able to say how much is enough. The majority of nature visits in this research took place within just two miles of home so even visiting local urban greenspaces seems to be a good thing." Admittedly, it's not shaping up to be the most radiant of British summers — but if there's a non-rainy window, it might be worth seizing.