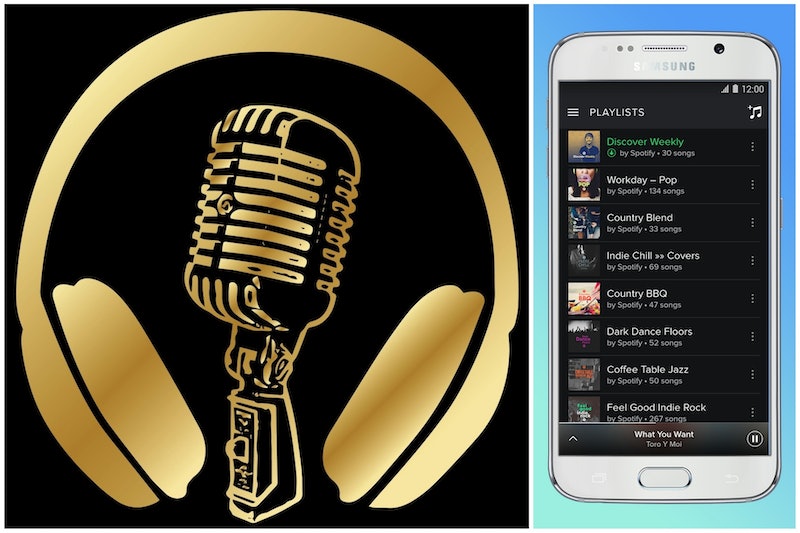 If you’re a regular listener of any of podcast network Parcast’s shows — Haunted Places, perhaps, or Unsolved Murders, or maybe Cults — get ready for big news: Spotify has acquired Parcast in a deal expected to close in the second quarter of 2019. It’s the second recent podcast network deal for Spotify, and a big step for Parcast, which has been rapidly growing over the past several years since its launch.

Said Chief Content Office for Spotify Dawn Ostroff in a statement, according to a press release, “The addition of Parcast to our growing roster of podcast content will advance our goal of becoming the world’s leading audio platform.” She continued, “Crime and mystery podcasts are a top genre for our users and Parcast has had significant success creating hit series while building a loyal and growing fan base. We’re excited to welcome the Parcast team to Spotify and we look forward to supercharging their growth.”

Founder Max Cutler originally launched Parcast in 2016 with Unsolved Murders, which dropped it first episode in June of that year. Having grown up in a radio household — his dad had been a radio producer — had given Cutler a love of audio-based storytelling, so with Parcast, he aimed to create a group of “high-end produced podcasts weekly that delved into research, stories, and was entertaining,” Cutler told the Podcast Business Journal in February.

The current Parcast lineup includes 19 shows, many of which are focused on true crime, ghost stories, UFOlogy, and other spooky topics; what’s more, the network recently launched its first scripted fiction series, Mind’s Eye. The plan for 2019, according to Pod News, is to “continue its growth trajectory,” with the hope being that it will have a whopping 40 shows in its stable by the end of the year.

One of the things that has always made Parcast stand out from the crowd is the fact that they produce everything in-house and own all of the content available on the network. “That is crucial,” Cutler told Podcast Business Journal. “We do not rep other podcasts. We do not make deals on sales for other podcasts. We want to own all the IPs. That gives us a lot of flexibility in how we control the sound, how we build a brand.”

It’s not immediately clear whether the acquisition might affect this aspect of Parcast, but notes a “fast facts” piece on the acquisition in Spotify’s newsroom, “Parcast will continue to develop its unique stories. In fact, there are more than twenty new scripted shows focused on topics like crimes of passion, the justice system, and the world’s most resilient survivors slated to launch later this year.” Indeed, with a parent company in the mix, they’ll certainly have more resources available to aid in the network’s goal of “continuing its growth trajectory.”

Said Cutler in a statement according to the press release, “In three years, we have created a production house that has grown exponentially and hit a chord with mystery and true-crime fans, especially women, across all 50 states and around the world. We are proud to join the world’s most popular audio subscription streaming service and gain access to one of the largest audiences around the world.” He added, “Alongside Spotify, our ability to scale, grow and amplify the unique and tailored brand of content we create is full of fantastic possibilities.”

According to TechCrunch, there do not appear to be any plans to make Parcast’s shows exclusive to Spotify at present, so if you’re not a Spotify user, you’ll likely still be able to enjoy your favorite Parcast picks after the acquisition. Parcast shows are currently available to listen in a wide range of places, including iTunes, Stitcher, and Google Play, as well as on Spotify.

Spotify is deep in the midst of diversifying its media offerings. The company has already acquired two other podcast networks; in February, it added Gimlet Media and Anchor to its roster, with, as VentureBeat noted, “the former specializing in creating original content and the latter in distributing and monetizing content.” (Gimlet Media also had a recent hit with the Amazon Prime TV adaptation of one of its original scripted fiction podcasts, Homecoming.) Additionally, various promotions and collaborations with Hulu have brought television programming into the mix, as well as offered new an innovative ways to explore the music used in Hulu original shows like The Handmaid’s Tale and Marvel’s Runaways.

Look forward to more from both Spotify and Parcast in the future — something tells me big things are afoot.