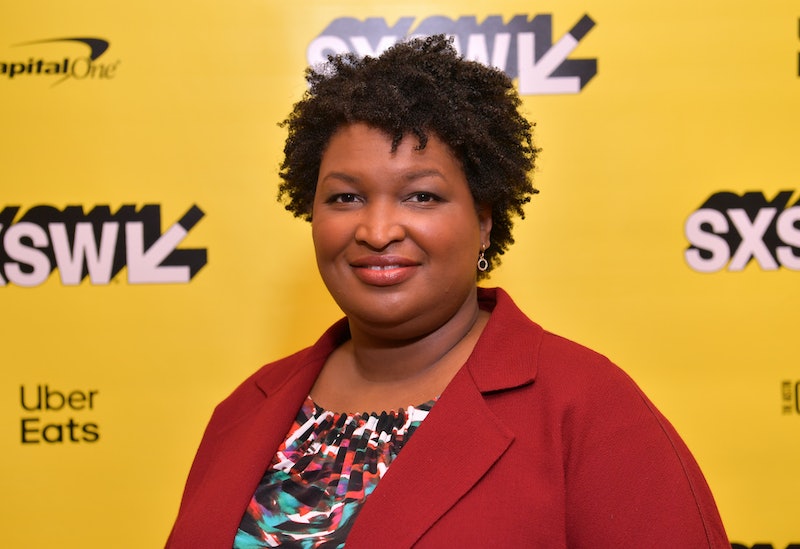 From politics to TV: Former Georgia lawmaker Stacey Abrams will executive produce a TV show on CBS based on her romance thriller novel, Never Tell. The show, adapted from Abrams’ 2004 novel written under the pen name Selena Montgomery, will follow a linguistics professor and an investigative journalist who team up for a missing persons case that results in a partnership with the New Orleans Police Department, per the Hollywood Reporter.

Talicia Raggs, whose credits include NCIS: New Orleans, The Originals, and Switched at Birth, will write the series and executive produce it alongside Abrams. Abrams has penned eight romance thriller novels under her Selena Montgomery pseudonym, such as Deception, Secrets and Lies, and Hidden Sins. She is also a recipient of the Reviewer’s Choice Award and the Reader’s Favorite Award from Romance in Color, a website that celebrates Black romance authors, according to Deadline.

Abrams penned her first novel, Rules of Engagement, while in her third year at Yale University. During an interview with The Washington Post in October 2018, Abrams said of her novels, "The act of writing is integral to who I am ... Romance is one of the oldest forms of storytelling, and I’m honored to be in the company of extraordinary writers." Today, alongside a description of her work as a politician and voters' rights advocate, her official website also mentions her literary accomplishments. "Under the pen name Selena Montgomery, Stacey is the award-winning author of eight romantic suspense novels, which have sold more than 100,000 copies," the site reads.

Abrams has since turned her attention to voting rights projects. She founded New Georgia Project, a nonprofit organization to help Georgians vote and combat voter suppression, which became her signature issue on the heels of Kemp’s 2018 win. While Abrams ruled out the possibility of a Senate run back in April, she recently revealed that she would be “honored” to run alongside the Democratic presidential nominee as vice president.

“I don’t want to be coy. There are those who advised me against saying that out loud,” Abrams said in an interview with WBUR in August. “But, the reality is, of course, the work that I want to see for America, the progress I want to see us make, I would be honored to be the running mate of the Democratic nominee.”

More like this
'The Undeclared War' Spotlights The Real-Life Threat Of Cyber Attacks
By Maxine Harrison
Here’s How Lizzo Is Supporting Abortion Rights After The Roe v. Wade Reversal
By Brad Witter
Michelle Obama & Taylor Swift React To The Supreme Court Overturning Roe v. Wade
By K.W. Colyard
Why Simone Ashley Had To Study Snails For Intimacy Training, Pre-‘Bridgerton’
By Grace Wehniainen
Get Even More From Bustle — Sign Up For The Newsletter