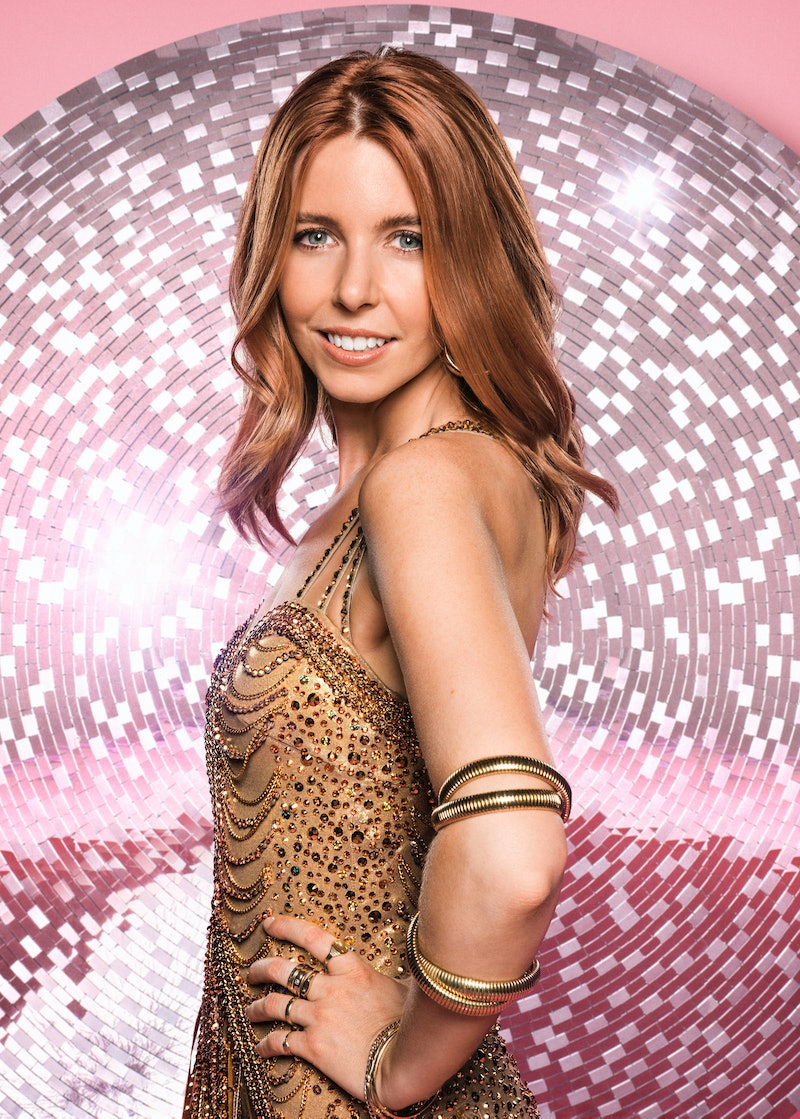 Strictly Come Dancing 2018 has been over for quite some time, however, the kissing scandal that rocked last year's series is still very much a talking point for many fans of the BBC show. For those who don't know, a press frenzy emerged during the 2018 series after comedian Seann Walsh and his Strictly partner, Katya Jones, were spotted kissing. Recently, the 2018 series winner Stacey Dooley commented on the Strictly kissing scandal, and her initial reaction to the story is pretty relatable.

As previously mentioned, during Strictly 2018, Walsh and his dancing partner Jones were caught up in a scandal when photos emerged on of the two kissing, as Hello reports. The magazine also states that Jones, who is married to dancer Neil Jones, issued the following apology: "I'm so sorry about any offence or hurt I may have caused with my actions. I wasn't thinking and it was a one-off mistake after some drinks. I love my husband and we are very happy together, this is not a reflection on our relationship."

According to Metro, Dooley said during an interview with You magazine that the kissing scandal didn't faze her. Speaking of the incident, she said: "When you do what I do for a living, in the scheme of things it doesn’t bother me who’s kissing who."

During the interview, Dooley also revealed that emerging victorious alongside partner, Kevin Clifton, during the 2018 series of Strictly left her "gobsmacked." She said: "I thought Joe had it in the bag. But I never took it too seriously; I always thought, 'If I don’t nail the foxtrot, no one is going to die.'"

Dooley herself also wound up as the subject of Strictly love scandal rumours after participating in the show. Following her victory on the BBC show, reports emerged that she had dumped her ex-boyfriend, Sam Tucknott, in order to pursue a relationship with her Strictly Come Dancing parter Clifton. However, Dooley took to Twitter in an attempt to clear up the claims made in regards to her previous relationship. Speaking on Twitter, she said: "Anyone with any adult life experience knows there are 2 sides to every story. I haven’t got the time or energy to correct some of the utter nonsense I’ve read on here. Re Sam, I loved him v much and only wish him happiness and success going forward."

In recent weeks, Dooley has been keeping herself busy with a new TV project, reports The Sun. Her next television venture will follow people who bring fugitives to justice for cash, and is currently filming in the U.S.. The upcoming series will be titled will be titled Stacey Dooley and the Bounty Hunters: The Good, the Bad and the Deadly.

According to The Sun, one source close to Dooley said: "Stacey has plenty of work on at the moment and her agents don’t want that to be affected in the wake of the scandal. They’ve quietly suggested that the recent stories could be bad for her image and hope she will listen to the advice. Stacey does what she wants at the end of the day but they think it’s best if she keeps a low profile and that means staying away from Kevin for now."

Fans of the Strictly Come Dancing winner are probably hoping that any tabloid drama is quickly left behind, and that she produces yet another gripping documentary for the world to enjoy.