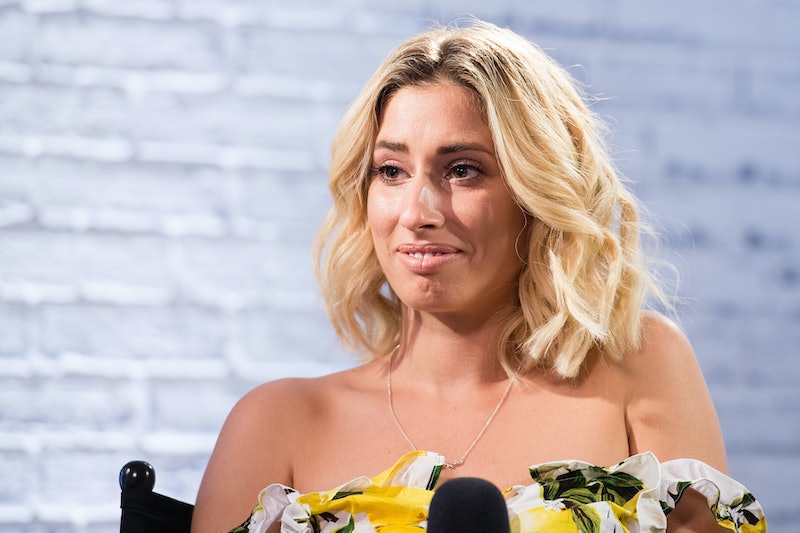 X Factor star, Queen of the Jungle, Loose Woman and over all reality TV megastar Stacey Solomon has just announced that she is expecting a baby with boyfriend Joe Swash and I couldn't be happier for her. Swash took to Instagram to announce the happy news, sharing an ultrasound photo and a few photos of Stacey sleeping and explaining that her tiredness was due to her pregnancy. I'm not crying, you are. Following the news, Stacey Solomon confirmed she won't be taking maternity leave, and the reason why might come as a bit of a shock.

As Digital Spy reports, during an interview with Chris Evans on his breakfast radio show she revealed that she wasn't planning to take any time off work during her pregnancy. Explaining the decision, Solomon said, "I'm self-employed so if I don't work, I don't get paid. In this industry you can only earn while you're earning and it might be a situation that I have work now but in six months time I might not. I will carry on working.”

As a freelancer myself Solomon's situation really struck a chord with me and shines a light on the fact that not everyone can afford to take maternity leave, especially if you're a freelancer with no protections from a permanent employer.

Solomon's situation is reminiscent of that of Ferne McCann, who following the arrest and imprisonment of her ex-boyfriend Arthur Collins became a single mother during her pregnancy. McCann did not take any maternity leave following the birth of her daughter Sunday and "threw herself back into work". McCann's journey to motherhood was documented on her series Ferne McCann: First Time Mum and as she went back to work on the show, she was met with a torrent of insults online. She justified her decision on the first season on the show, stating that there are still bills to be paid and her daughter is "solely reliant on her".

In an ideal world pregnancy would be an enjoyable time free from money worries but unfortunately not everyone has that luxury, particularly those who are self-employed. In an article for The Guardian, Cherry Casey wrote, "concerns about how to cope financially without statutory maternity pay constantly resurface among my freelancing networks."

But for someone who is self-employed or freelance in the UK you are entitled to Maternity Allowance, which should you be eligible will provide you with some regular income for at least 14 weeks.

Luckily for Stacey Solomon fans, she won't be off our screens and even though she is three months pregnant she recently announced that she will be replacing Fearne Cotton as a host on Celebrity Juice. Swash and Solomon are the ultimate reality TV love story, meeting while Swash was hosting I'm A Celebrity Get Me Out Of Here Extra. And it seems fans will get to follow Solomon and Swash's journey every step of they way, as they've been keeping their followers updated on social media. Solomon has said that she has been craving tea and vinegar... a real taste sensation.