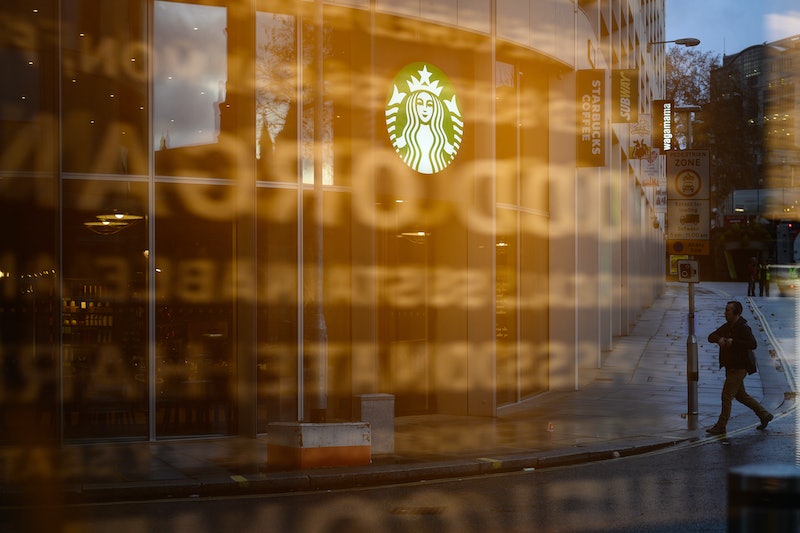 Citing health concerns after blood and discarded syringes have been found in restrooms at locations around the country, Starbucks employees made a push to help clean up the bathrooms and ensure public safety. Prompted by an employee-led petition, Starbucks plans to place needle-disposal boxes in some stores, Business Insider reports. USA Today writes that a spokesperson for the coffee chain said that the decision to install the needle-disposal boxes was made in order to prevent employee exposure to health conditions like HIV and hepatitis. Having a safe place to dispose of used needles can lessen exposure to these diseases, as well as make it easier for people who need to use needles, such as diabetics, to do so safely in public.

“These societal issues affect us all and can sometimes place our partners (employees) in scary situations, which is why we have protocols and resources in place to ensure our partners are out of harm’s way,” a Starbucks representative said, according to USA Today.

As of Jan. 9, a Co-worker.org petition was close to reaching its 4,000 signature goal, says Newsweek. The petition asks the coffee giant “to protect employees and customers by placing needle-disposal boxes in high-risk bathrooms.” A former employee told Business Insider that she and her co-workers often found needles at their Lynwood, Washington, Starbucks store. “My coworkers and I had all experienced needles left behind in the bathroom, store, and even in our drive-thru,” one Starbucks team member told Business Insider. Starbucks workers write in the petition that “Exposure to HIV/AIDS, Hep C, Hep B, etc. is a risk in Seattle where there is a [public health] crisis.”

Newsweek reports that the coffee chain giant provides a safety training program for workers. Employees are not asked to perform any cleaning tasks that pose a health risk, Newsweek says, but they are taught how to dispose of hypodermic needles if they find them on the job. Starbucks may also adopt thicker garbage bags that might help employees avoid accidental needle jabs, and some stores may also remove trash cans in high risk locations. Some Seattle area stores already have sharps boxes, says Newsweek, allowing for safer needle and syringe disposal.

“I can’t emphasize enough that if our partners are ever in a position where they don’t feel comfortable completing a task, they are empowered to remove themselves from the situation and alert their manager,” a Starbucks rep told Business Insider. “As we always do, we are constantly evaluating our processes and listening to partner feedback of ways we can be better.”

This announcement comes months after the chain announced its decision to make its bathrooms public to all in May 2018, following a high-profile incident where two black men were arrested at a Philadelphia Starbucks. The men allegedly used a location's bathroom without placing an order, and were arrested for trespassing, USA Today reported: the men later settled, and all Starbucks employees underwent racial bias training.

The new safety plan will move forward by installing needle boxes in high-risk areas with the most foot traffic. With the new safety measures rolling out soon, the chain aims to boost employee safety, while continuing to make its restrooms accessible to anyone who might need them.