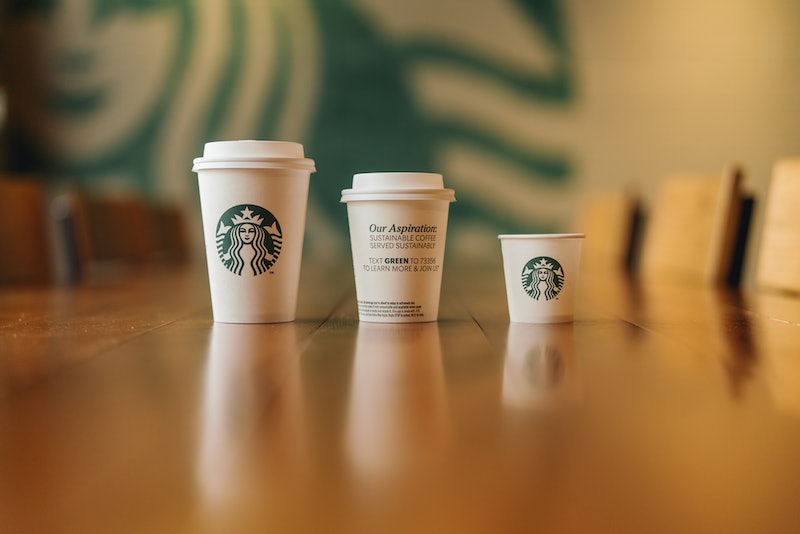 Starbucks is one step closer to making your coffee more environmentally friendly. Over the next year, Starbucks will test recyclable and compostable cups in select locations in the United States and Canada, the company announced in a news release. Customers in select stores across the country will also see new recyclable, strawless lids, according to the news release. It’s all a part of Starbucks’ multi-year efforts to make enjoying your coffee more sustainable.

“It was at our shareholders meeting one year ago that we launched multi-year initiatives around greener cups and digitally traceable coffee,” Kevin Johnson, president and CEO of Starbucks, said in a news release. “Today, thanks to many valuable collaborations, we’re seeing significant, tangible progress toward a greener future.”

Starbucks locations in New York, San Francisco, London, and Vancouver, Canada, will all get to help test green cup designs that are both recyclable and compostable, according to the news release. The company chose the cup technologies from the NextGen Cup Challenge winners, which were announced earlier in March. The challenge was in collaboration with the NextGen Consortium, with partners such as McDonald’s, The Coca-Cola Company, Nestlé, Yum! Brands, Wendy’s, and the World Wildlife Fund, the company says.

Meanwhile, Starbucks locations in Los Angeles, San Francisco, Seattle, Washington, D.C., Indianapolis, and Toronto, Canada, will get the new cup lids as soon this summer, the company says. The new lids have nine percent less plastic than the lids and straws that are currently in use at your local Starbucks store, according to the company. The rest of the United States and Canada will get the new lids by early 2020.

“It sounds dramatic, but this lid is going to get used about a billion times a year,” Andy Corlett, director of Global Packaging Solutions and Innovations at Starbucks and whose team helped design the lid, said in a blog post. “It’s going to take billions of single-use plastic straws off the market.” The company noted that conventional straws will still be available by request, answering a concern that many in the disability community had voiced after numerous companies decided to phase out plastic straws.

The new cup lid is a lot like the one you see on Starbucks hot drinks, Corlett said in a blog post, but “there will not be one lid to rule them all.” To make sure you have “maximum enjoyment of a wide variety of beverages,” Corlett said they made variations to the lid design; for example, they widened the mouth on the Nitro cold brew lid so you could sip liquid and foam at the same time. But the company says blended drinks like the Frappuccino will still have recyclable, domed plastic lids and straws (except in cities where straws are prohibited) to make room for all that whipped-cream goodness.

Starbucks announced plans to phase out plastic straws by 2020 less than three years ago, the company said in a blog post back in 2018. It started with a strawless, plastic lid Emily Alexander, an engineer in Global Research & Development at Starbucks, designed for the Draft Nitro drink back in 2016, the company says. Today, those green efforts will soon include a new feature in Starbucks' mobile app that will let you follow your coffee beans' journey from "bean to cup," according to the news release.

You’ll see the latest iteration of that strawless lid in your local store within the next year or so. And as for the recyclable, compostable cup technologies? With how quickly Starbucks has been moving with its plans for a greener coffee experience, it could be any time now.