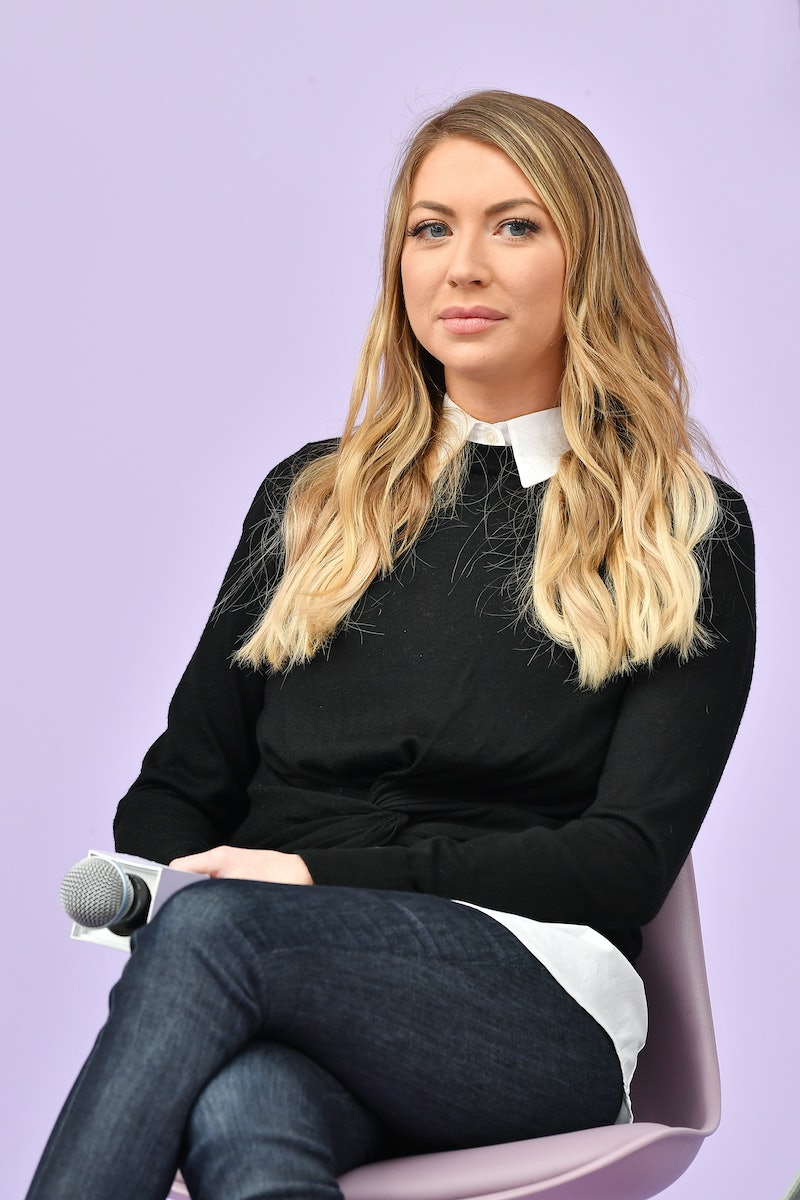 One former Vanderpump Rules star is reportedly about to become a new mother. According to a report from E! News, Stassi Schroeder is expecting her first child with fiancé Beau Clark. Though the couple have not yet publicly confirmed her pregnancy Schroeder was spotted wearing an oversized tan cardigan while out and about in Los Angeles with Clark on Friday, June 12, just one day before reports that she is expecting first surfaced. The former Pump Rules star confirmed her pregnancy on June 16 with a statement, provided by her rep Steve Honig: "Stassi and Beau will be welcoming their first child the first week in January and are grateful and eager to begin the next chapter in their lives as parents."

Schroeder and Clark's reported news comes a few days after she was fired from Bravo's Vanderpump Rules for her racially insensitive comments and actions. On June 2, former cast member Faith Stowers claimed that Schroeder and Kristen Doute, called the cops on her and attempted to have her arrested for a robbery she did not commit.

In response, Schroeder apologized for her actions with a statement on Instagram, writing that it was important for her to "take accountability" for her "racially insensitive comments." She continued, "I did not recognize then the serious ramifications that could have transpired because of my actions. What I did to Faith was wrong. I apologize and I do not expect forgiveness." Since then, she has not publicly commented on the incident.

Schroeder and Clark went public with their romance in February 2018, when the reality star revealed on Watch What Happens Live! that costars Doute and Katie Maloney-Schwartz introduced her to her new beau. In July 2019, Clark proposed during a trip to the Hollywood Forever Cemetery in Los Angeles. The pair are planning to tie the knot in a "crisp, fall" ceremony in Rome, Italy, although the coronavirus pandemic may force them to postpone their planned October wedding.

Back in March 2019, Schroeder told Bravo's The Daily Dish that she was open to the possibility of bringing the Vanderpump Rules cameras with her into the delivery room, if she were ever to become pregnant while on the show. "I think that's what my life is now," Schroeder said at the time. "I think we've given up so many of our precious moments, and these are all my best friends [so it] is what it is. We've now committed to sharing all of our moments and I think it's just as special to be able to share that with everyone now than if I were to have that privately."

Editor's note: this article has been updated with a statement from Schroeder.

More like this
Katherine Ryan Has The Funniest Response For Those Who Doubt Her Husband
By Alice Broster and Darshita Goyal
Kim Kardashian Didn’t Give Pete Davidson Her Number At First For This Reason
By Jake Viswanath
We’ve Got A Text! Another 'Love Island' Series Is On The Way
By Darshita Goyal
Meet Jungle Runner-Up Owen Warner's Equally Handsome Brothers
By Sam Ramsden
Get Even More From Bustle — Sign Up For The Newsletter

This article was originally published on June 13, 2020