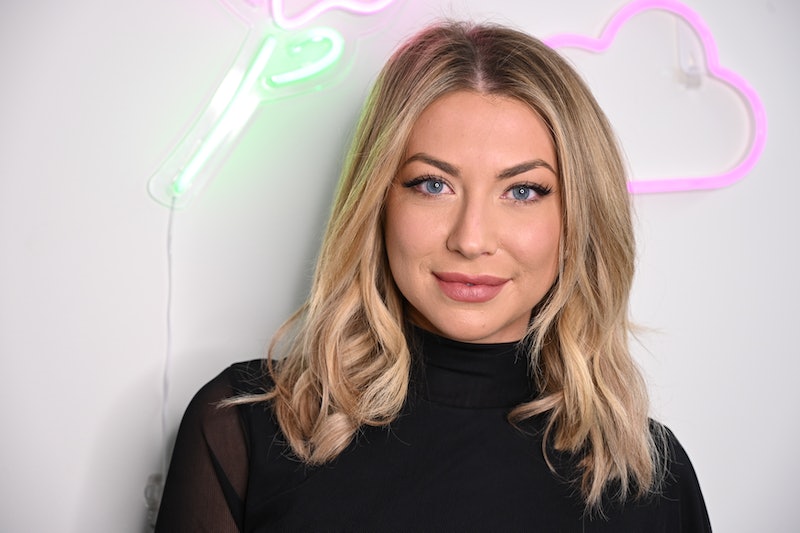 Stassi Schroeder has come a long way since Vanderpump Rules first premiered. She's started her own holiday, National #OOTD Day, begun hosting a podcast, Straight Up with Stassi, gotten into event planning, and launched a wine brand, Witches of WeHo, alongside costars Kristen Doute and Katie Maloney-Schwartz. And now, she's adding author to her list of career ventures. Stassi's book, Next Level Basic: The Definitive Basic Bitch Handbook, is due for release April 16. She's mentioned it a few times already on Vanderpump Season 7, but there's a lot more to know about her forthcoming guidebook than what she's shared onscreen.

Stassi first broke the news about the book in November 2018, announcing to her Twitter followers, "Y'ALL. I wrote a freaking book!!!!!!! People always say to write what you know. So obvs I wrote about what I know best — being basic."

According to a description from Simon & Schuster, the book is for anyone who's "tired of pretending they would rather see a Daniel Day-Lewis movie about sewing or read War and Peace than watch a Saw marathon or read...well, this book!" And it features "hilarious and pointed lessons on how to have fun and celebrate yourself, with exclusive stories from [Stassi's] own life and on the set of Vanderpump Rules," including everything "from her very public breakups to her most intimate details about her plastic surgery," all of which she shares with "her trademark honesty" and "the hope [that] you can learn something" from her personal experiences.

So Next Level Basic isn't, say, a memoir, but it sounds like it's sort of adjacent to a tell-all, with a little bit of advice and a few funny diagrams thrown in.

In late March, Stassi shared a sneak peek of what readers can expect from the book by posting her "basic food pyramid" on Instagram. Of course, her beloved goat cheese balls from SUR are at the top, followed by ranch dressing, pizza, and lettuce (the latter two of which are both distinctly for the ranch). Rounding out the pyramid are hot sauce, mac and cheese, and just "all the cheese" in general, which sounds like a diet anyone can get on board with (except if you're, you know, lactose intolerant). Whether or not this is a realistic meal plan is up for debate, but it's definitely full of some of life's most enjoyable foods.

Stassi has always been pretty open about her life on Vanderpump, but it sounds like she'll be sharing even more in her book. And she'll also be sharing some of her time: Stassi is going on a book tour starting on April 16, the day Next Level Basic is released. According to her tweet announcement, she'll be on the road for the month of April, stopping in New Jersey, New York, Massachusetts, Illinois, and, of course, Los Angeles.

So for all of you Vanderpump stans and self-proclaimed "basic bitches," look out for a copy of Stassi's book or catch her out on tour.