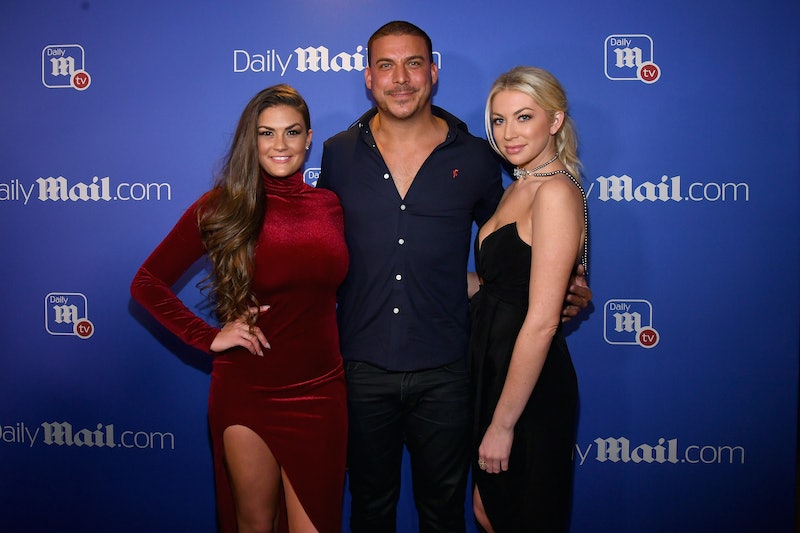 OG Vanderpump Rules viewers remember when the show used to revolve around Stassi Schroeder and Jax Taylor's on-again-off-again relationship. Oh, how times have changed. Now, Stassi will be a bridesmaid in Jax's wedding. He marries Brittany Cartwright on June 29 in Kentucky, her home state.

At this point, everyone is used to the overlapping, tangled web of relationships within this cast. However, it's still interesting to think about how evolved it is that Stassi is not just supporting her ex's marriage, but she will be standing by his bride's side that day. In a new interview with Us Weekly, Stassi discussed being a bridesmaid in the wedding. She remarked,

The Jax and Stassi era will be iconic forever, but it truly does feel like it happened many lifetimes ago. If we didn't have Seasons 1 and 2, it would be impossible to know that Jax and Stassi ever dated because they really don't act like it. Stassi also told Us Weekly, "But I mean, I’m so happy for them and I’m so excited."

Even though Jax wasn't his best self during his relationship with Stassi, it's all good between the two of them today. She's witnessed his evolution into the guy he is now. She remarked, "I’ve watched him change so much over the years and really shift."

After everything they've been through, if Stassi is giving Jax her stamp of approval, then he's truly come a long way. The Vanderpump Rules star declared, "And he is just so ready. He is so thirsty for it. He’s like on a deserted island just desperate for family life."

In all honesty, it would actually be surprising if Stassi wasn't a part of Jax and Brittany's wedding. During the Season 7 premiere, Jax actually confided in Stassi about the proposal before it happened. She even arranged the post-proposal friends' celebration later that night and managed to get Lisa Vanderpump to leave Villa Rosa to stop by Jax and Brittany's apartment. And after they got engaged, Stassi posted a congratulatory message for her two friends on Instagram.

Jax isn't the only ex who's in a great place romantically. Stassi is happy in her relationship with Beau Clark. Even Lisa Vanderpump is very much on board. During the Season 7 Vanderpump Rules finale, Lisa asked Beau, "You’re going to ask her to marry you, aren’t you?" LVP also tweeted her approval in December 2018, which Beau compared to getting knighted by a queen.

Stassi shared a photo from the party with a caption that perfectly summarizes the situation with the friendly exes. She wrote, "We all finally got it right," which was also a perfect play on the wedding hashtag #JaxGotItRight.

Even though it's not conventional to be a bridesmaid in an ex-boyfriend's wedding, Stassi is anything from conventional. Why hold grudges if you don't have to? Everyone can just happy living their own lives, including their exes in milestone events if they want to.