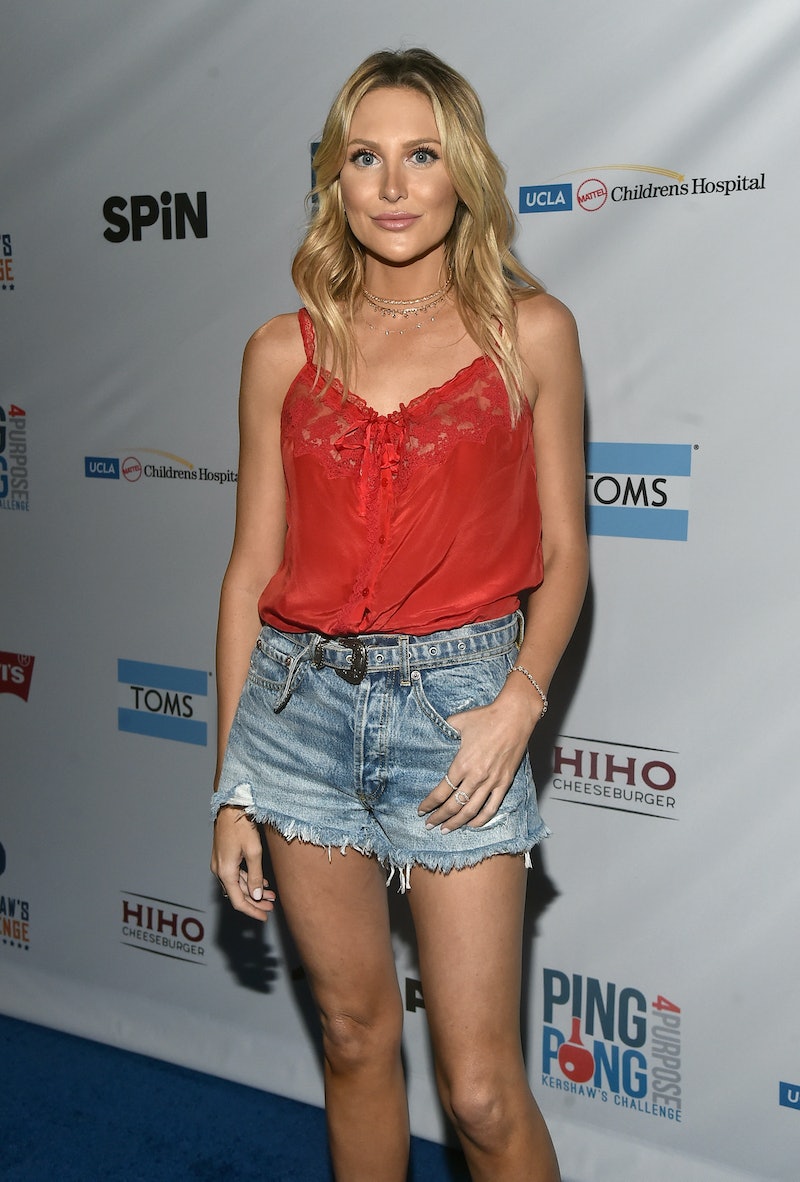 Sometimes, blood is thicker than water. But in the case of the Pratt siblings from MTV's The Hills, well... it's not quite the case. Spencer and his sister Stephanie have had a tumultuous relationship over the years on The Hills, and from what we've seen so far on the reboot, not much is going to change between these two. Spencer and his wife, Heidi, are happy with their son, Gunner, but updates from Stephanie Pratt's life in 2019 show that she is still working to move on.

Stephanie and Spencer spent the first series of The Hills at each other's throats, and it was all because of Lauren Conrad — either you were Team Speidi or you were Team LC, and Stephanie eventually shifted her alliances to Team LC, which drove a huge wedge between Stephanie and her brother. In 2019, Stephanie said on her podcast, Pratt Cast, "We are not on good terms. We are not on speaking terms, I do not consider them my family. I'm not going to pretend that Spencer and Heidi are good people like I was doing for most of the series for my parents … They are the most toxic people I've ever met." Yes, this is messy.

Following The Hills, Stephanie moved to London to get as geographically far from Speidi as she could while still maintaining constant WiFi. She appeared on Made In Chelsea, a British reality show, which, according to an interview with Page Six, Stephanie said was the best thing that could have happened to her. “Being in another country, making it on my own over there, making new friends, I moved there not knowing anyone,” she said. “It was the dream ’cause I could actually be me and not be scared of my brother.”

Stephanie also went on a few dates with former Bachelor star Derek Peth, and even though the relationship didn't last, it seemed like a nice way for two attractive people to spend time with each other.

Today, all of the press and drama that happens with Stephanie still revolves around her brother. There was a particularly tense The Hills: New Beginnings after show moment between the siblings, and Stephanie also recently told Entertainment Tonight that she's had to be hospitalized in part because of her brother's attitude towards her.

Following the first episode of The Hills: New Beginnings, Stephanie took to Instagram to record a live story about how MTV reportedly cut out a big moment of her getting Spencer and Heidi to admit that they didn't tell her they were having a baby until after the baby was born. “They, like, cut out all of our fight, where I actually get them to say that they’ve been lying every time they say that they told me in advance," she said in the video.

This is a lot to unpack, but one thing is clear — the only way that Spencer and Stephanie are going to be able to put their past behind them is with copious amounts of family therapy. They could also just move on, but what kind of TV moment would that be?