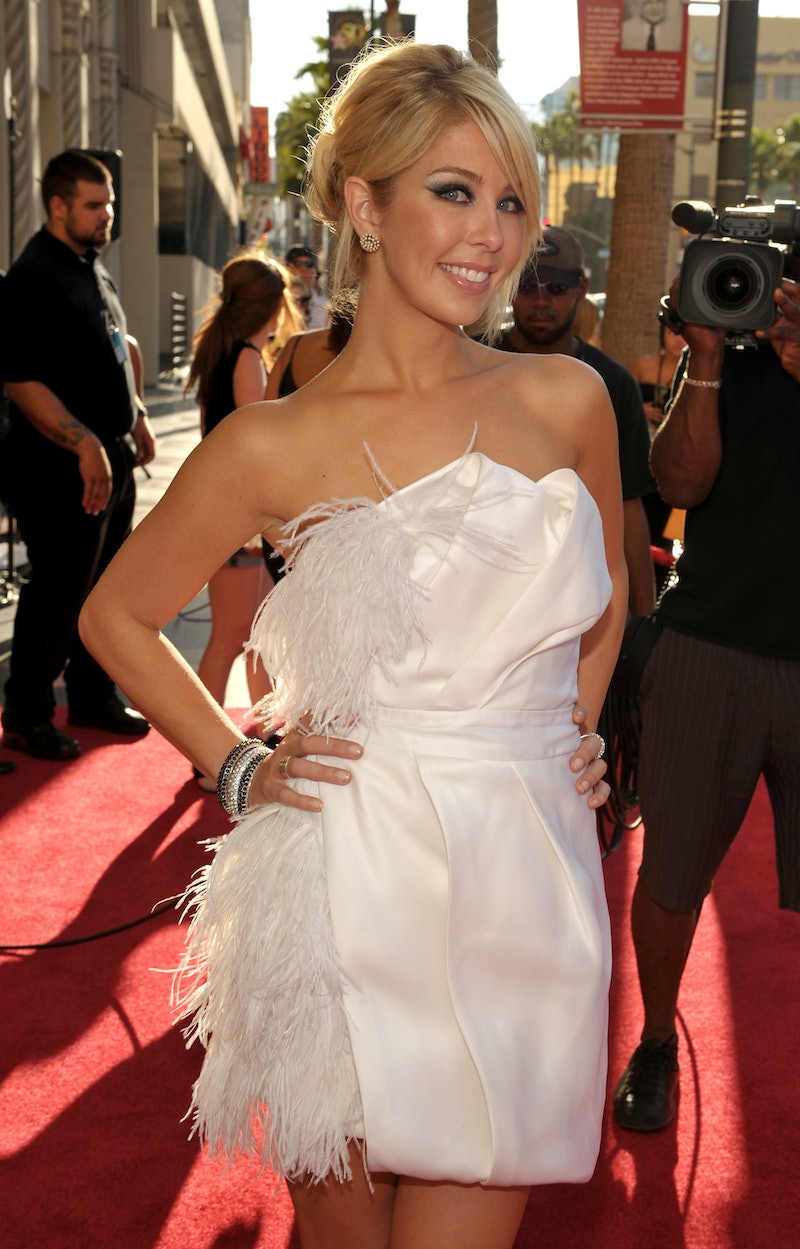 For better or worse, Heidi Montag will be stepping back into all of our lives as The Hills: New Beginnings returns to MTV, but it's unclear how much of her family will be along for the ride once again. As OG Hills fans will remember, Heidi's family back in Colorado at times took major issue with her relationship with Spencer Pratt, to whom she's now married and raising children with. In fact, Heidi's sister Holly appeared on The Hills more than a few times, calling her sister's actions into question. This rocky history begs the question: will Holly Montag be on The Hills: New Beginnings? Or is she done being at odds with her historically combative brother-in-law?

It doesn't appear that Holly has done any press for the show with her sister or any of the other cast members. Her social media is also pretty inactive — an Instagram account that appears to belong to Holly hasn't posted since 2015, and a blog found at HollyMontag.com also ceased publishing that same year. She's also not found in any of the trailers that have gone up for the show.

The fact that she's not calling any attention to the show's reboot certainly suggests that she won't be appearing on it, at least not with any regularity.

Of course, that doesn't mean that she won't pop in somewhere down the road like she did in the show's original run, particularly if Heidi and Spencer need a good talking-to.

For now, though, Holly seems very focused on work — last year she gave a rare interview to the Daily Blast's Erica Cobb, and spoke about how she's using her own experience with addiction to help women who have been in similar situations.

Holly said that years ago, she turned to alcohol to help her cope in the wake of her brother's death, and found that her substance abuse problem was only exacerbated by the LA and reality TV lifestyle. Now that she's fully invested in the recovery lifestyle, she's opened up her own treatment center for women, Denver Women's Recovery.

"Being given the responsibility by God, and being trusted with that, to help other women get sober and find more meaning and be empowered in their lives, is definitely the most important thing for me that's come out of my comeback," Holly said, adding that she hopes the treatment center, not reality TV, will be her legacy.

Holly's staff profile on the center's website says she acts as the managing director as well as the founder for the facility, and earned a masters degree in clinical mental health counseling in 2018.

Given all this success, and the amazing mission she has in her life now, it would be pretty odd if Holly uprooted any of it to come down to LA for some good old-fashioned Spencer & Heidi drama. She also has a family to think of, and might not be keen on the cameras swirling around them, especially since she knows all too well what that kind of scrutiny feels like.

So, as with other former cast members who won't be returning, like Lauren Conrad and Lo Bosworth, Holly has simply moved on to a different place in life. And while we're thankful that the likes of Speidi, Audrina, Justin Bobby and Brody are still willing to live their lives out on TV for our entertainment, Holly's absence is probably for the best.