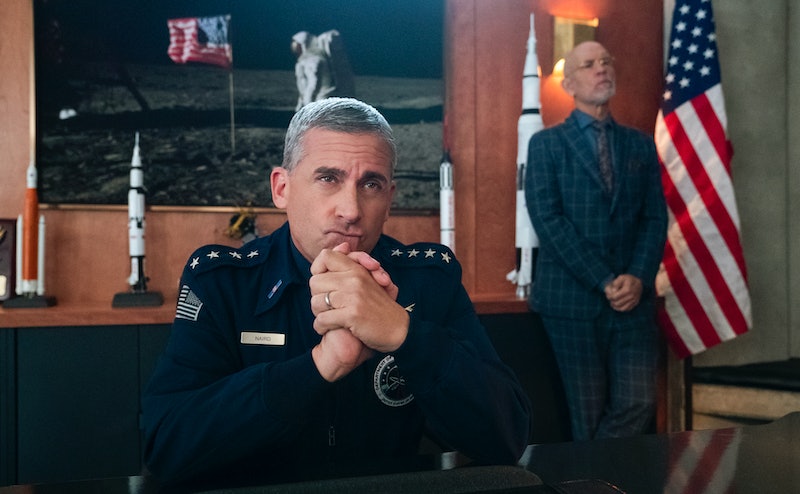 It's kind of impossible not to compare Steve Carell's Space Force character General Mark R. Naird to his Office character Michael Scott. Perhaps it's that they're both in shows created by Greg Daniels, or maybe it's just that Carell (Space Force co-creator) plays a boss in both comedies. Or it might just be Carell himself, who brings similar affectations to both roles.

Daniels, however, believes these two characters are polar opposites. "Michael is such an incompetent and terrible leader, and a person who can be persuaded out of his opinion in two seconds," he told Collider. "Mark Naird is all about being a great leader and a person of integrity, and if he has a character flaw it's inflexibility — they're really quite opposite."

It was almost certainly a conscious decision to make sure Carell's onscreen counterparts weren't too similar to each other, in the same way that Ben Schwartz plays a character who is not unlike his Parks and Recreation character Jean-Ralphio. Still, it's easy to see the through-line between Michael Scott and General Naird. His Space Force character is by no means a bumbling idiot, but he's still an underdog at a new, untested military branch. Think of it as the Scranton branch of the U.S. Armed Forces. Here's how Carell's two characters stack up against each other.

Fortunately, Naird isn't a straight replica of Michael Scott, because not only would that make for boring television, but it would have disastrous political ramifications — at least in the Space Force universe.