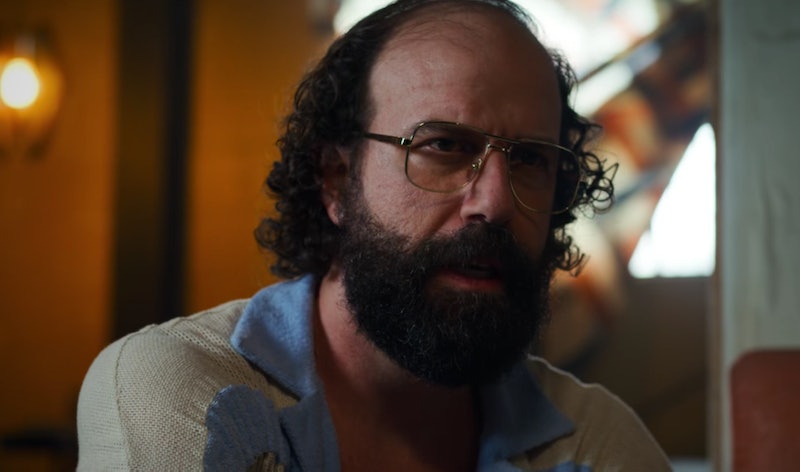 Celebratory cherry slurpees are in order: Stranger Things’ Murray Bauman will be a Season 4 regular, per Deadline. Introduced in Season 2, Brett Gelman plays Murray, a former journalist turned conspiracy theorist who was the first to suspect Russian spy influences in the sleepy fictitious town of Hawkins, Indiana. Gelman played a much larger role in Season 3 as a Russian translator and ally to Jim Hopper (David Harbour) and Joyce Byers (Winona Ryder).

On Instagram on Tuesday, Gelman confirmed the news with a celebratory screenshot. He captioned the post with a Murray Bauman one-liner and wrote, “CHILDREN!!! Honored and beyond excited.” The news comes after Gelman received two ensemble nominations at the Screen Actors Guild Award in January for his work in Stranger Things and Amazon’s Fleabag, which swept the Golden Globes and Emmys this year with major wins.

“We went to the Stranger Things 4 Table Read and left the door open 3 inches so you could get a peek,” the video’s description reads. In true Stranger Things form, the footage is decked out with an ‘80s handheld camcorder aesthetic as the stars, as well as series creators Ross and Matt Duffer, come together again. “The real work begins,” Gelman says as the clip concludes. “Get outta here! Go!”

While a premiere date for Stranger Things 4 hasn’t been set yet, Netflix released the first teaser trailer in February that confirmed that Hopper is still, in fact, alive after the explosion in the underground lab beneath Starcourt Mall in Season 3. In a statement that accompanied the clip, however, the Duffer brothers teased trouble for the American and brand new horrors. The statement read, per Deadline, “[Hopper] is imprisoned far from home in the snowy wasteland of Kamchatka, where he will face dangers both human… and other.”

Adding that Season 4 will be “the biggest" and "most frightening” yet, the Duffers continued, “Back in the states, a new horror is beginning to surface, something long buried, something that connects everything." The ominous statement concluded, "In the meantime, pray for the American.”