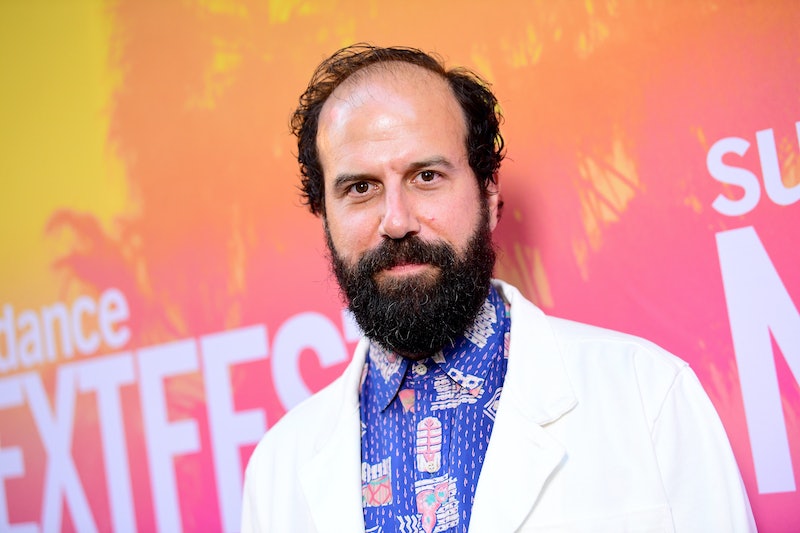 Although Hawkins, Indiana, is a small town, there will be quite a few new faces appearing there in Season 2 of Netflix's nostalgic horror hit. One of those new Stranger Things characters is Murray Bauman. Variety reported that Murray is a "disgraced journalist-turned-conspiracy theorist who is investigating a cold case in the small Indiana town." Based on the paranormal activity that occurs in Hawkins, it looks like this conspiracy theorist has landed in the most perfect place. And while not much else is known about the character, Brett Gelman will be bringing him to life when Season 2 of Stranger Things drops on Oct. 27.

Gelman is new to Stranger Things, but he'll be familiar to lovers of good TV. He appears in Another Period, Fleabag, and Love, along with having small roles in Mad Men and Twin Peaks: The Return. Gelman has a knack for playing absurd and unlikable people with humorous results, and that could offer a hint as to what Murray will be like. You'll have to turn to what Stranger Things has released about the conspiracy theorist character for that, but you won't have much luck there either.

Netflix has unveiled varying amounts of intel on the multiple new characters in Season 2, but Murray is one of the most mysterious. For instance, not too much is known about Sean Astin's Bob Newby or Paul Reiser's Dr. Owen, but fans still know far more about them than they do about Gelman's role. It's almost as if the lack of information about this conspiracy theorist is a conspiracy in itself.

While Murray barely appears in any of the advertising for Season 2, the final Stranger Things Season 2 trailer shows him with Jonathan and Nancy. You have to be paying really close attention to see him, but he walks behind Nancy and Jonathan and shows the two teenagers the research he has done.

A lot of Murray's conspiracy theory wall is difficult to see in the trailer. But on the far right is a drawing of a child with a shaven head. That undoubtedly looks like Eleven, but is she the initial reason that Murray traveled to Hawkins?

Since Hawkins is not a major destination, the cold case he is investigating most likely has to do with the Hawkins Lab, where scientists experimented on Eleven. However, Eleven's case isn't exactly "cold," so there could be different subject from the lab that he was looking into first. This is just a theory, but another new character in Season 2 is Roman (played by Linnea Berthelsen) and her story sounds like Eleven's in many ways. So perhaps Murray came to Hawkins because of her.

As Entertainment Weekly reported, Roman's character description from Netflix is that she is "an emotionally damaged, magnetic young woman who suffered a great loss as a child. Although she does not live in Hawkins, she is mysteriously connected to the supernatural events at the lab." This hints that scientists may have also experimented on her and since Roman is presumably older than Eleven, she could have been at the lab first. And based on a tiny spoiler shared by the Stranger Things Twitter account, some fans think Roman could be Hawkins Lab's test subject Eight.

If Roman has her own harrowing story of being taken away from her parents by the lab, like Eleven, then maybe this is the cold case that brought Murray to Hawkins. But even though Murray's connection to Roman is unfounded for now, at least fans know that he'll be working with Nancy and Jonathan. As both of those characters had loved ones taken to the Upside Down in Season 1, they could have stumbled on Murray while conducting their own investigations. As for what else Murray is up to, well, that will have to remain a theory until you've watched Stranger Things Season 2.

More like this
Kate Bush Revealed The Real Meaning Behind 'Running Up That Hill' Lyrics
By Darshita Goyal
Nicola Coughlan Shared A Lady Whistledown Excerpt From ‘Bridgerton’ Season 3
By Grace Wehniainen, Alyssa Lapid and Sam Ramsden
Devi Is Going To Meet A “Smoldering Bad Boy” In ‘Never Have I Ever’ Season 4
By Jack Irvin and Gabrielle Bondi
New ‘Lupin’ Part 3 Teaser Hints That Assane Will “Go Out In Style”
By Brad Witter
Get Even More From Bustle — Sign Up For The Newsletter