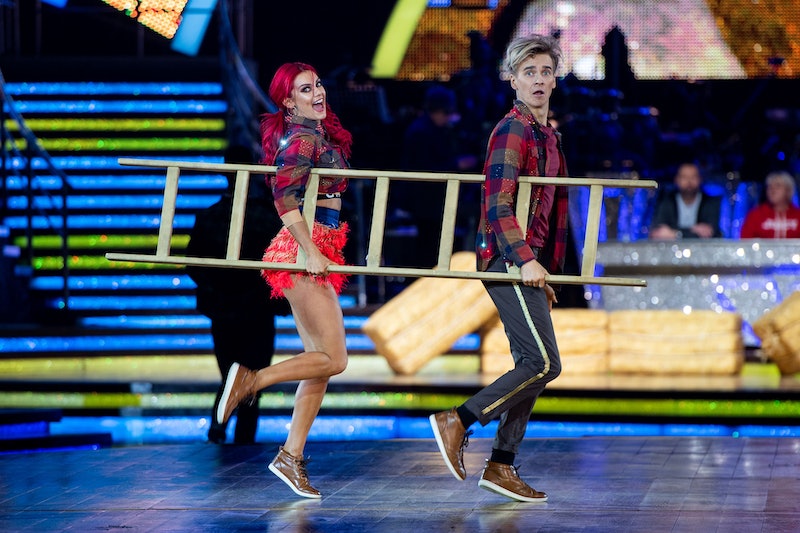 Your mum and nan may not have known why the runner-up of Strictly Come Dancing 2018 was famous, but the millions of people that follow Joe Sugg's online antics definitely did. However, the 27-year-old's social media stardom has reportedly riled some of the show's professional dancers. So much so that, they have supposed asked executives to ban influencers from Strictly Come Dancing 2019.

According to The Sun, Strictly dancers felt Sugg's 5.7 million Instagram followers and eight million YouTube subscribers put him at an "unfair advantage" when it came to the public votes. BBC bosses are said to have asked him to appear on the show in the hopes of attracting younger viewers. But the pro dancers apparently believe Sugg's job ensured his success over actual dancing skill.

“Joe’s huge popularity caused some tension last year after he was being voted to stay in the show each week," a source told The Sun. "He wasn't the best dancer, so his place on the show was purely based on his fanbase."

The source went on to say that Strictly dancers are planning to "unite and ask for no social media personalities for a year to give everyone a level playing field." The issue has reportedly been a "hot topic" in discussions surrounding the show. A BBC spokesperson told Bustle: "We are not commenting on this speculative story."

Sugg didn't actually win the 2018 series, coming second to presenter Stacey Dooley and her dance partner Kevin Clifton. (It's also worth nothing that no influencer has ever won the series.) However, the Daily Mail reports that the YouTuber made history during the Strictly Come Dancing live tour after winning 25 consecutive shows with Diane Buswell.

The fact that two are now in a romantic relationship may have something to do with their chemistry on the dance floor. Sugg confirmed the news back in December, writes the Evening Standard. As the Metro reports, finding a girlfriend actually appeared on a pros and cons list he conjured up before agreeing to the series.

Sugg — who is also known for being the brother of influencer Zoella — and his career, are continuing to rise. Along with fellow YouTuber Caspar Lee, he stars in upcoming Hollywood animation Wonder Park. The film follows an orphaned girl who stumbles upon a theme park full of talking animals. Sugg and Lee play two beavers who help save the park from creatures called Chimpanzombies, reports Hello!. Mila Kunis and Jennifer Garner also star in the film which has been schedule for an April 8 release.

Sugg revealed his career ambitions to Hello!, saying: "I think just the idea of aim big, you know. I think it is such a good thing to sort of think, 'Why can't you give that a go and see how far you get in it and, you know, do that kind of thing.'"

Could there be more reality TV appearances in the pipeline? Who knows? Banning social media stars from competitive shows is understandable, but may not help viewer ratings. After all, millions of people willingly follow these individuals. What TV channel would knowingly turn away that kind of exposure?