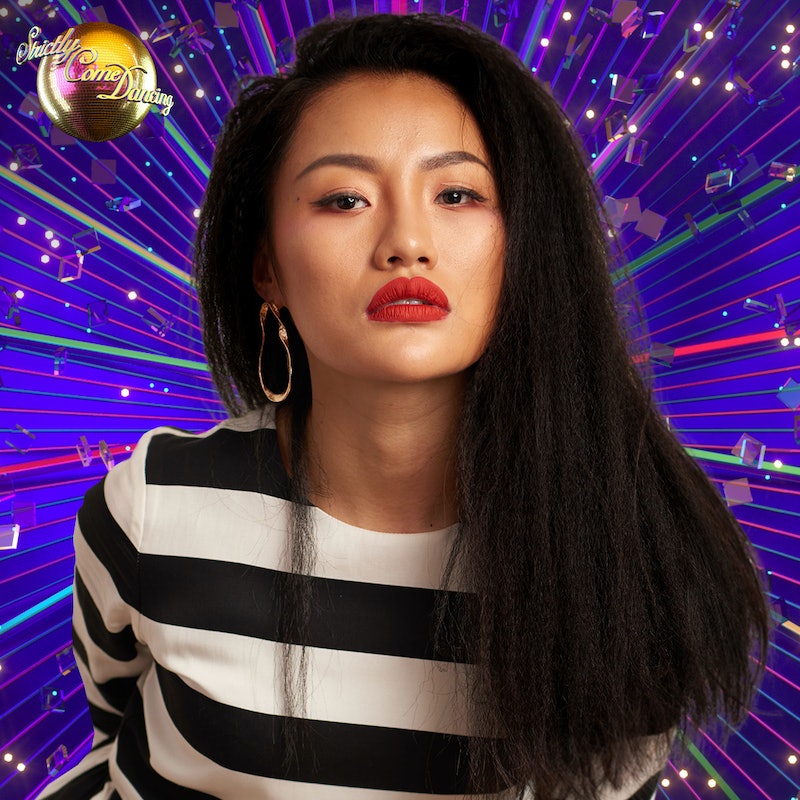 Rumours surrounding Strictly Come Dancing 2019 have been circulating ever since Stacey Dooley was crowned winner of last year's series, and as we approach the final weeks of summer, hype for the show's 17th run is certainly on the rise. In recent months, fans have learned that judge Darcey Bussell will not be coming back for another season, and murmurs of which celebs will be taking part have slowly begun to emerge. And this week, Strictly fans were treated to some pretty exciting news, because Strictly Come Dancing has announced a new professional dancer.

As reported by Digital Spy, the BBC competition show's latest addition is professional dancer Nancy Xu, who will partner up with one of this year's celebrity contestants. Nancy specialises in Latin dance, and has previously appeared on the Chinese version of So You Think You Can Dance, and the West End show, Burn the Floor.

Speaking on Instagram about her new TV gig, Nancy said, "I'm thrilled and excited! I can finally announce that this year I'll be one of the STRICTLY COME DANCING pro dancers. I cannot wait to start this new journey with all these amazing people and share the magic together. Thank you so much @bbcstrictly for one of the most beautiful birthday gifts ever, thank you for making my dream come true! This is a very special day! See you soon everyone stay tuned on BBC!"

Nancy will join the already confirmed line-up of Strictly 2019 professionals which includes The Greatest Dancer's Oti Mabuse, Kevin Clifton, Nadiya Bychkova, Gorka Marquez, Anton du Beke, AJ Pritchard, Amy Dowden, Johannes Radebe, Neil Jones, and more. Nancy's Strictly debut isn't the only new announcement to be made in regards to the 2019 series, because as reported by the BBC, dancing champ Motsi Mabuse has been announced as the newest addition to the show's judging panel.

Mabuse will replace Dame Darcey Bussell, who quit the show earlier this year, and although Bussell will be missed, the show's newest ballroom expert will certainly fill the void. Mabuse is a former German Latin and South African champion, and has previously appeared on the German edition of the BBC series, known as Let's Dance — and if Mabuse seems somewhat familiar, its most likely because the new judge is the sister of fellow Strictly star, Oti Mabuse, who also recently appeared as a dance captain on the BBC's The Greatest Dancer.

Mabuse shared the news of her Strictly judging role in a series of social media posts, and said that she was "overwhelmed" by all the "positive" fan reactions. Speaking on Instagram, Mabuse also said, "I am absolutely thrilled and overjoyed to be joining the @bbcstrictly judging panel. I have so much respect and admiration for the other three judges and hope to add my own bit of sparkle to the show."

The 17th series of Strictly Come Dancing will return to BBC One later this year, and I can't wait to see what the class of 2019 have to offer on the dance floor. Bring it on.