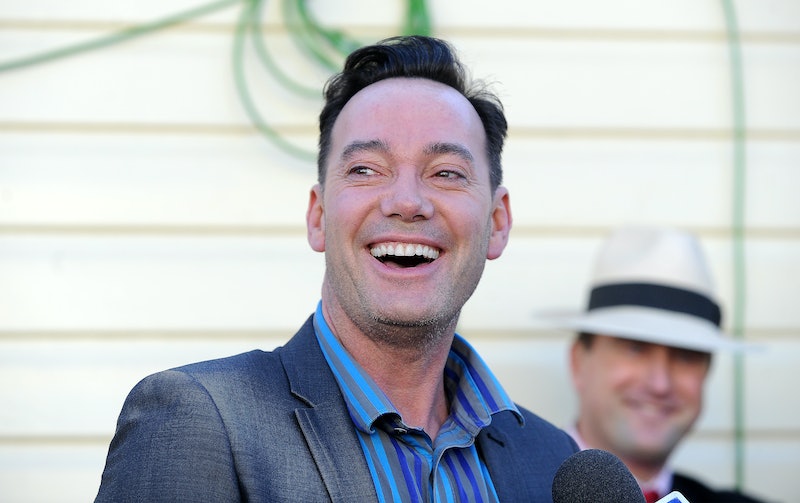 It’s easy to get lost in the magic of a good Strictly Come Dancing routine, however it seems like things aren’t as joyous behind the scenes as I'd hoping they’d be. According to Metro, the professional dancers are all smiles for the cameras but it appears things aren't so rosy backstage. It turns out the pros are taking a leaf out of Friends’ handbook and they’re banding together to negotiate better terms, however at least one of the judges on the show doesn't approve. The Strictly dancers are asking for a pay rise and Craig Revel Horwood isn't best pleased.

Horwood told The Sun, “If they are doing what they normally do, which is competitive dance up in Blackpool, there would be 500 people interested...I think, ‘Isn’t that enough? Go and do Cats for 200 quid a week and then see how you feel.’”

Yikes. His fellow judge Bruno Tonioli said something similar back in 2015 to The Sun, with a little more cussing. Tonioli said, “If you don’t like it, stop moaning and f*ck off.”

According to The Sun, the Strictly professionals earn £50,000 for the series which sounds like a pretty big number at first. However, it’s worth taking into perspective that they “work much longer hours” and that the Metro alleges the judges earn as much as £250,000 for their expertise on the show.

In fact, a source close to the show told The Sun, “They put in incredible hours rehearsing both with their celebrities and also group routines. A lot of them are putting in 10 hour days which is a lot of dancing. It has been on the cards for a long time and they haven’t had a pay rise in years."

"They love the show," they continued, "they just want to feel their money reflects the amount of work they put in and also the celebrity status and profile that comes with it.’

“Some of them are now almost better known than the celeb contestants and they feel that should lead to more cash — especially when the judges get paid so much just for turning up once a week. Some feel it’s a bit of a joke," they finished.

I’ve reached out to the BBC for comment and I’ll update you when I hear back.

In the meantime though, Horwood said of the dancers, “This show puts them in the limelight...There [are] 12 million people interested in this show. They have all got Twitter accounts and they are all making money on the side doing something else.”

I’m not going to lie, this is where my own personal feelings kick in and I get a little angry on behalf of the Strictly pros. Talk to anybody in a creative industry and they’ll have come across somebody who’s made comments similar to Horwood, where they’ve been asked to work for much less than they’re worth or even for free as it’ll be good exposure.

Exposure doesn’t pay your bills or pension and TBH, it’s something that former Strictly pro Brendan Cole has touched on in the past.

Cole, who was on the show for 15 years, was pretty outspoken about the issue, telling The Sun, “My money from ‘Strictly’ just about pays the bills. I don’t have a car but I would like to get one. I don’t even own my own house that I live in. I can’t afford it. I rent where I live.”

We’ll just have to see how this all shakes out, but I have a feeling it could get pretty ugly. The next episode of Strictly Comes Dancing is on this Saturday at 7.05 p.m. over on BBC One.