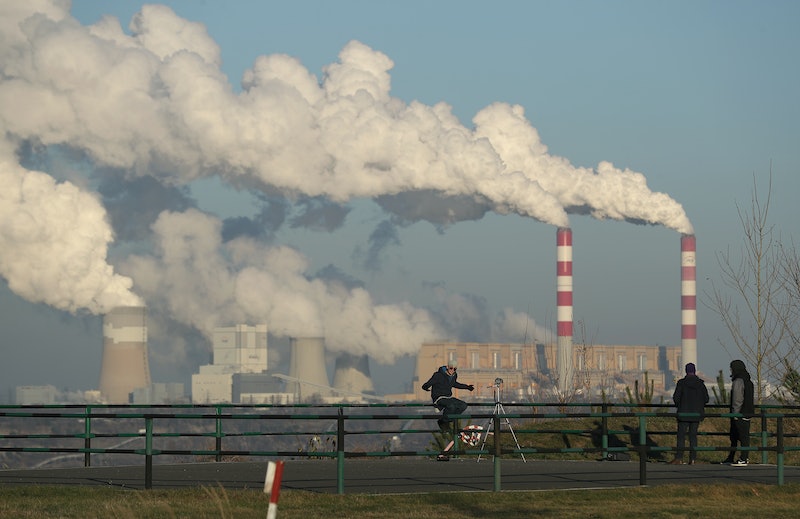 President Donald Trump has repeatedly made clear that he does not believe in the scientific consensus that human-driven climate change exists and poses a huge problem to all of civilization. So far, it appears as though numerous agencies under his direction have been following his lead on that front. As Politico reported, now the Trump administration is burying climate change research by failing to publicize important work from the United States Department of Agriculture (USDA) showing health impacts.

In one important case, Politico found that the USDA had failed to issue a press release on a study showing that a warmer climate would make rice significantly less nutritious, which the journal Science Advances published in May 2018. This will have huge negative consequences for some of the poorest countries in the world, such as Bangladesh, where millions of people get most of their calories from rice, as NPR explained. Rather than making an effort to publicize this important data, though, Politico reported that the USDA even urged the universities whose scientists who had taken part in the study not to publicize it.

“The intent is to try to suppress a message — in this case, the increasing danger of human-caused climate change,” climate scientist Michael Mann of Pennsylvania State University told Politico. “Who loses out? The people, who are already suffering the impacts of sea level rise and unprecedented super storms, droughts, wildfires and heat waves.”

In response, a spokesperson for the USDA told Politico that there were no official directions about not publicizing climate research, but that given the sheer volume of studies produced by the departments scientists, "not every single finding or piece of work solicits a government press release." Later, the USDA claimed that the study's claims weren't sufficiently proven in order for it to be publicized, Politico wrote.

This is hardly the first time that the media has found climate research that the Trump administration attempted to keep out of the public eye. On Black Friday, the Trump administration released the National Climate Assessment, which backed up the scientific consensus that climate change will have significant negative consequences not only to the environment, but also to the American economy, as The New York Times reported.

Like with the study about nutrition in rice, the climate change assessment contained huge implications for the health of millions of people, particularly as regards air pollution, as The Guardian wrote.

Still, though, the administration across the board isn't working to make this research visible to all of the people it will effect. Politico found that during Trump's two and a half years in office, the USDA had only issued news releases for four climate-related articles, compared to 20 the first year President Barack Obama was in office. Whether Trump's time as president ends in 2021 or 2025, burying this science could have effects for decades to come.