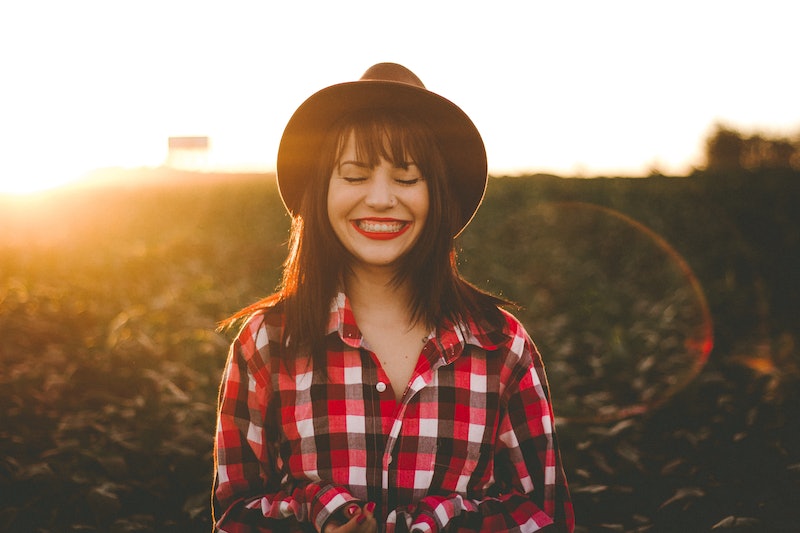 If you've been searching for ways to de-stress, you've probably been recommended a variety of solutions: Go on a yoga retreat. Take up long-distance running (as if marathons aren't one of the most stressful things you can do to your body). Buy a bottle of mid-priced wine, run a hot bath, and shut out the world for a few hours. All of these activities might work, but new research suggests that the best way to de-stress is as simple as changing the way you breathe.

In a study published in Science, researchers at the Stanford University School of Medicine looked at which neurons within the brain stem are responsible for regulating different types of breathing — regular, yawning, sighing, and so on. After searching through public databases, researchers identified these neurons by the process of elimination: "knocking out" a single type of neuron in laboratory mice and analyzing how it affected their breathing.

It's interesting enough on its own, but researchers were surprised to find that wiping out certain neurons influenced the mice's moods as well, making them calmer and more relaxed. "If you put them in a novel environment, which normally stimulates lots of sniffing and exploration, they would just sit around grooming themselves," explained lead author Kevin Yackle to the Stanford Medicine News Center. Basically, wiping out the neurons that control breathing types made the mice way more chill.

When researchers looked closer, they found that while these mice were still capable of the full range of breathing types, the proportions had changed. Slower, deeper breaths now outnumbered faster ones. After further investigation, researchers concluded that rather than regulating breathing rhythm, the neurons in question were more important in controlling emotional state and alertness, also known as "arousal." Meanwhile, these same neurons may relay information about breathing to a different part of the brain stem called the locus coeruleus, which plays a powerful role in the regulation of stress and arousal. Combined, these two areas may make up the circuit that connects hyperventilation and anxiety, or deep breathing and relaxation.

These findings are going to be difficult to ethically test on humans, but prior research has shown that breathing is integral to controlling stress. In the 1970s, Harvard researcher Herbert Benson found that what he called the "relaxation response" is a particularly effective way of reducing stress, and it can be brought on by deep breathing exercises. A 2009 study found that practicing Sudarshan Kriya yoga, which involves cyclical breathing patterns, can improve mood and reduce levels of stress hormones. Breathing regulation is also a common technique when treating people with panic disorder; normalizing their breaths can reverse hyperventilation.

So not only is there a clear connection between breathing and arousal, but Stanford researchers might have identified the loop of neurons responsible for its regulation. But you don't have to take my word for it — try taking a few deep breaths right now and see what happens.