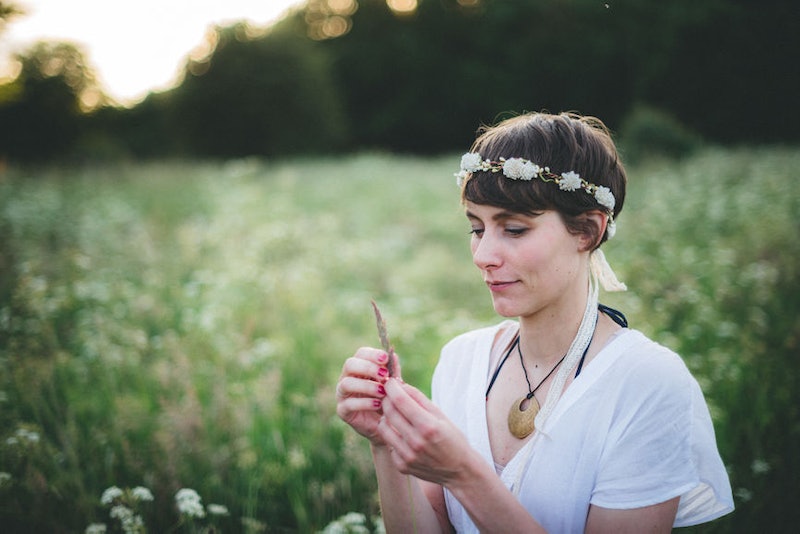 The summer solstice marks the longest day of the year, and has been celebrated in different ways for centuries. It is considered by many as a spiritually significant moment in the year, and there are a multitude of different ways to mark this special day — whether you fancy going to a summer celebration or doing a cleansing ritual. But for the more introverted of you, here are some summer solstice traditions you can try at home.

But first, what exactly is the summer solstice? And why would you want to mark it? In the UK, the summer solstice is usually in June — and this year it falls on June 21. According to Professor of Astronomy Stephen Schneider, it marks the official start of the summer. He wrote in a piece for The Conversation that this is due to the moment the "Earth reaches the point in its orbit where the North Pole is angled closest to the sun." According to weather.com, this year "the UK will have 16 hours and 38 minutes of daylight" on the day of the summer solstice, with the sun rising 4.43 a.m. and then setting at 9.31 p.m.

The day is considered a special day by pagans, because, according to The Telegraph, it "marks the ancient middle of summer." Pagans believe the day holds a significant power as it was believed to be "a time when the veil between this world and the next is at its thinnest, and when fairies were thought to be at their most powerful." As a result of this, pagans celebrate the summer solstice all over the world, with some of the most famous celebrations happening at Stonehenge.

The Guardian notes that traditionally, these celebrations were held while revellers were "skyclad" (aka naked), however, public nudity is now not so much the done thing. So if you had your heart set on a naked lap around some ancient rocks, and are now left in a bit of a pickle, then worry not — because there's plenty you can do to mark this important day, all from the comfort of your own home.