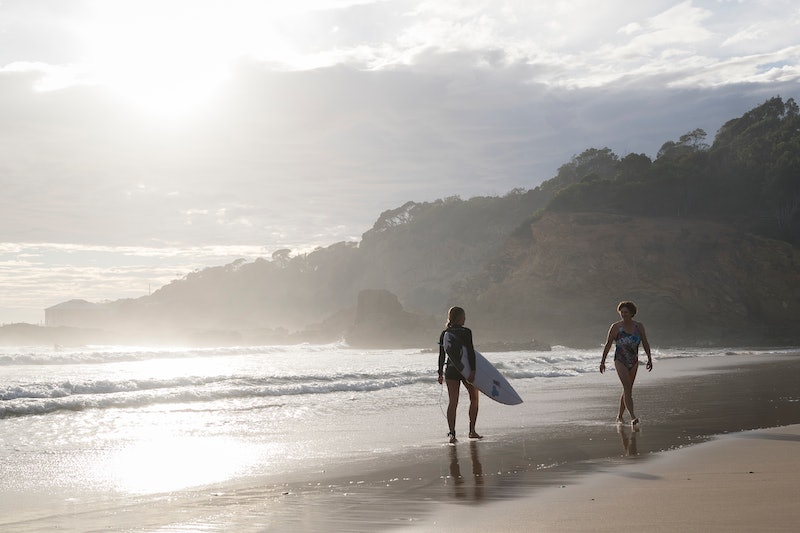 For many of us, especially those of us living in the Northeastern United States, it feels like winter dragged on forever. Even as the first official day of spring came and went, chilly weather persisted, with miserable storms, cloudy skies, and cool temps. If you, like many others, have been anxiously awaiting warmer, sunnier days, you're in luck: we can finally say that summer is right around the corner, beginning with the summer solstice. But when is the summer solstice this year, and how much longer do you need to wait before your favorite season arrives?

The summer solstice is known as midsummer, but most people consider it the first official day of the summertime. It describes the moment that the Earth is at its highest position in the sky as seen from either the North or South Pole. Because of the Earth's position in the galaxy, the summer solstice is the longest day of the year with the most sunlight and the shortest amount of darkness. The amount of sunlight you see will vary depending on where you live.

The summer solstice is not only important because it's the longest day of the year or the beginning of a new season, but also because of its spiritual significance. The solstice has been celebrated all over the world for many, many years with ancient rituals and ceremonies. Natalia Kuna says, "The summer solstice is a celebration of the return to light, and it so powerfully reminds us of the light within each of us and the full potential of our individuated as well as united light or christ consciousness (our cosmic sense of unity). It is about awakening, or reaching enlightenment, as an omnipotent symbol of ascension and the ultimate triumph of light over darkness."

The summer solstice was celebrated by ancient cultures, like the Mayans, Essenses, and Egyptians. Their rituals often included building temples or structures to capture the moment of alignment, as well as participating in sacred ceremonies.

Today, celebrating the solstice is still important, and rituals still exist for many people. The summer solstice is all about reflection and connecting to the natural world. It is also about acknowledging the power of the sun and the energy it can create. According to Wyld Witchery, the solstice "is aligned with the element of fire, passion, will, and drive. This is the time to seek right action, to choose to walk in alignment with your beliefs." On June 21 and the days following, take some time to really reflect and do some deep thinking on your own. Think about what is no longer serving you, and figure out ways you can continue to grow and thrive.

As Wyld Witchery says, "The solstice gives us a window to step into the personal power you have cultivated this past year & to manifest it as a new habit, a new relationship, a new way of being in your body." The solstice is your chance to step forward, to make some much-needed changes, and to better yourself.

You should also use Jun. 21 as a day to connect with nature. Natalia Kuna says, "The summer solstice is about acknowledging the part of the sun’s cycle and its impact on earth where rewards are reaped from the harvest. That is why it is the perfect time to spend outdoors to soak up powerful sun energy, show heartfelt gratitude and celebrate the abundance and blessings that are in our lives." Wake up early, take a walk, or spend the day outside if you can. Bask in the sun, if possible, and allow yourself to feel connected with the outside world. This is the perfect time to do so.