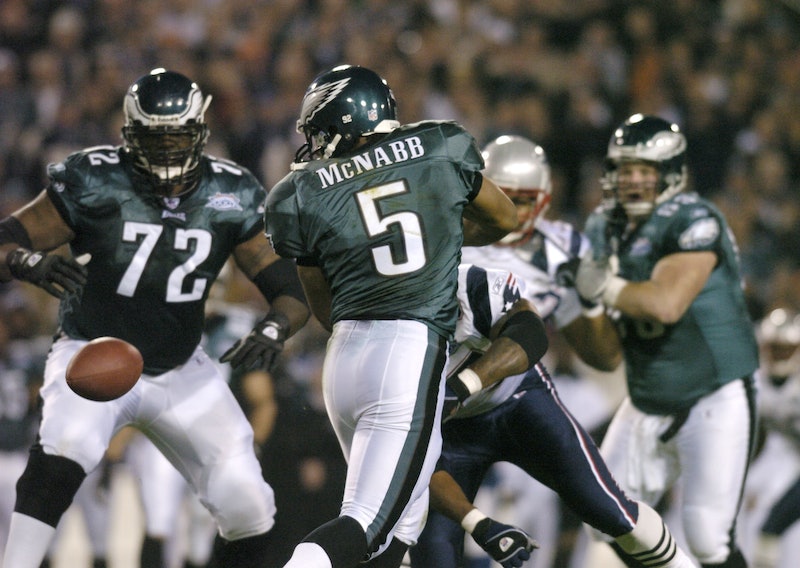 The Philadelphia Eagles and the New England Patriots face off for Super Bowl LII Feb. 4, 2018. If you and your friends are placing some friendly bets on which team will come out on top, these Super Bowl 2018 predictions, according to astrology, can help increase your chances of walking away with the winnings like a boss. While you might think astrology is just fun and games, it's been used for thousands of years to accurately predict events based on planetary influences on particular dates. This year, the big game happens while Venus is in Aquarius Square Jupiter in Scorpio, according to Loving Light Astrologer's blog.

"Freedom and commitment may come into conflict at this time. This aspect can also bring other challenges to love, money, or expression," Loving Light Astrologer noted. "It is important to note as we have this square of Venus to Jupiter, followed by a Sun and then Mercury square to Jupiter, that even though all squares can bring discomfort or blocks, of all the outer planets to have a challenging aspect with, Jupiter is the one that tends to make the best of challenges ..."

So, just what does that mean for your team? In his book, Worldwide Astrological Predictions for the Real New Year, author and self-described rogue scholar, John Hogue noted that Mercury in Aquarius during the Super Bowl is ideal for team sports because this particular planetary position motivates people to work together.

Coupled with Mercury in Aquarius, Venus in Aquarius Square Jupiter in Scorpio makes challenges easier to work through if you're willing. "It is common with squares to Jupiter that motivation or follow through can be challenged or lacking so look out for this theme especially in the first half of February," Loving Light Astrologer noted.

However, according to the blog Astro Unity, people with these planets in their birth charts are more likely to be affected. "The angles formed by the planets have an effect on all of us; some people are more affected than others as the transiting aspects are happening at the same degree and sign as one of their natal planets." So, if you're betting on a particular player, and you know the date, time, and place they were born, you might want to consult their birth chart before you make your predictions.

If you can't get your hands on your favorite player's birth chart, this transition takes place in the fixed signs of the zodiac (Taurus, Leo, Scorpio, and Aquarius). And, finding out your fave's zodiac sign is definitely doable. Once you find it read their horoscope before placing any bets.

Take A Beat Before You Bet

Even if you're feeling confident in your pick, Darkstar Astrology noted that while Venus in Aquarius Square Jupiter brings generosity and money; you should be careful "as there’s always that danger of extravagance so you may want to spend a bit more than you meant to." This is because Jupiter tends to make people more generous. So perhaps take a beat before you spot someone cash, or lay money down on a Super Bowl bet that you can't afford to lose.

The Dark Pixie Astrology warned that "Jupiter [is] in Scorpio, so we may be excessive at times, feel a little too good at times, and think a little too big at times, so we may need to keep ourselves from letting things expand too much too fast." What's more, February has a black moon or a dark moon, which means there is no full moon during the month, which is a bit of a wold card for the Super Bowl.

According to the website Aqua Moon Light, "In astrology, the Dark Moon is representative of the darker side of our nature, the negative side. It is the hidden depths that we know exist yet we prefer not to acknowledge. It is subtle on the surface, yet profound beneath. It is the foundations of our personality and the shocking truth that we often deny and project onto others instead."

You could discern that while the planetary positions are favorable for team sports, the presence of the Dark Moon means there could also be some unexpected Super Bowl 2018 upsets. For players that go with the flow of the universe, the website Astro.com noted that, "The Dark Moon shows where we can let the 'whole' flow into our selves, without putting an 'I' in the way, without putting up a wall in the form of ego."

Basically, the team that focuses on "we" instead of "I" has a better chance of working through obstacles on the field. You know, the whole clear-eyes-full-hearts-can't-lose motto from Friday Night Lights. With this in mind, it might be best to review how well both the Eagles and the Patriots worked together within their respective teams this season before you lay down any bets.

Even if the game doesn't go your way, just remember the most important thing is to have fun watching it. Happy Super Bowl!