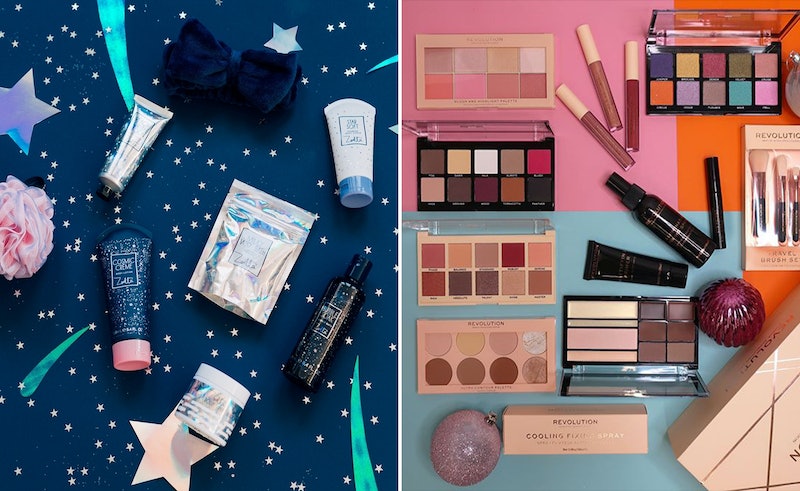 Black Friday might technically be an American thing, but over here in the UK we’ve well and truly embraced the day of bargains as our own. Every year, I sit on the edge of my seat and wait for those glorious deals to roll in so I can grab those things I’ve been coveting for a while (hello, electronic toothbrush) through to those I panic bought (hello, new eyeshadow palette). This year if you’re looking to upgrade your makeup and beauty game, you don’t have to wait till a week or so as the Superdrug 2018 Black Friday deals are all currently live on their website and in store.

Superdrug’s really gotten into the holiday spirit, as they’ve launched all their deals ahead of BF Day: November 23. In fact, the deals have actually been open to their Health and Beauty card members for a little while — but as of midnight last night they were finally released to the public. And it’s not leftover kit from last season either, as Superdrug’s selling everything from Christmas beauty advent calendars through to hair dryers and fancy brush kits. In all honesty, I wish I hadn’t looked because my bank account will never be the same.

There's some pretty massive deals on the site, for example I’ve seen discounts as high as 67 percent on a Philips electronic toothbrush and £24 hair straighteners going online. The deals are also available in store, if you’re down to get your elbows out and fight for the last Babyliss hair dryer on the shelf.

With brands like Real Techniques, Oral-B, Revolution, and even Zoella if you’re keen on grabbing your niece a Christmas pressie, there’s a load of stuff going you’ll want to get your hands on. I’m personally interested in grabbing a couple of bottles of perfume because that stuff is deceptively expensive. However you won’t find any fragrance deals on the Superdrug site just yet, as they’re waiting until November 21 to roll those out.

All of Superdrug's BF deals will end on November 27, the Tuesday after Black Friday, or at least until their stocks run out. Interested in seeing what’s on offer? Here’s some of the current highlights from Superdrug’s Black Friday sale below...

Even though I wasn't thinking of grabbing a beauty advent calendar this year, the fact that this one's going for half off definitely has me tempted. Packed with all of Revolution's best-selling products, there's lipsticks, highlighters, concealers, and blushes for DAYS in there.

If your toothbrush has seen better days and you're keen on taking your oral care more seriously, there's a huge range of electric toothbrushes on sale ATM. This pink one by Oral-B is a great shout and also comes with a whitening toothpaste to get you started on your journey to pearlier whites.

These super cute eye shadow palettes always catch my eye at Superdrug and this gift set has ALL OF THEM. If you've been stuck in a smokey eye rut and need to inject some colour into your FOTD, this set of palettes have you sorted — plus they've thrown a few lip glosses in their for good measure.

I was converted to Real Techniques brushes after watching a ton of my favourite beauty vloggers rave about them and honestly, they've made a huge difference to my make-up routine. This set comes with six brushes and a foundation sponge that'll have your OOTD sorted in no time.

Don't jump out with wet hair. This 2200W hairdryer is infused with technology that will not only dry your hair in no time flat, but also keep it shiny and smooth. They've also thrown in a brush, TRESemme Keratin Smooth Heat protectant and a very Christmassy makeup bag to boot.

La Roche-Posay is one of the better skincare brands out there and they're well known for catering specifically to sensitive skin. (Fellow eczema suffers, unite.) This intro kit to their products is a great way to step up your skincare routine and specifically targets acne, including a gel cleanser, toner, and their Effaclar duo moisturiser.

It's that time of year again. This at-home tanning kit comes with everything you need to get started and includes tanning oil, tan mousse, tan gloss, and a dual sided tanning mitt to keep things from getting too messy. Also, Skinny Tan is a cruelty-free and vegan-friendly brand if you like to keep your beauty bag enviro-friendly.

Your dentist will thank you for this one. This water flosser does away with pesky and sometimes gory traditional floss, swapping out thread for a jet of water.

It's been decided: this is the excuse you need to treat yo'self to a bath this weekend. These delicious sounding bath bombs come from the team behind Sanctuary Spa, a.k.a. the masters of at-home pampering sessions.