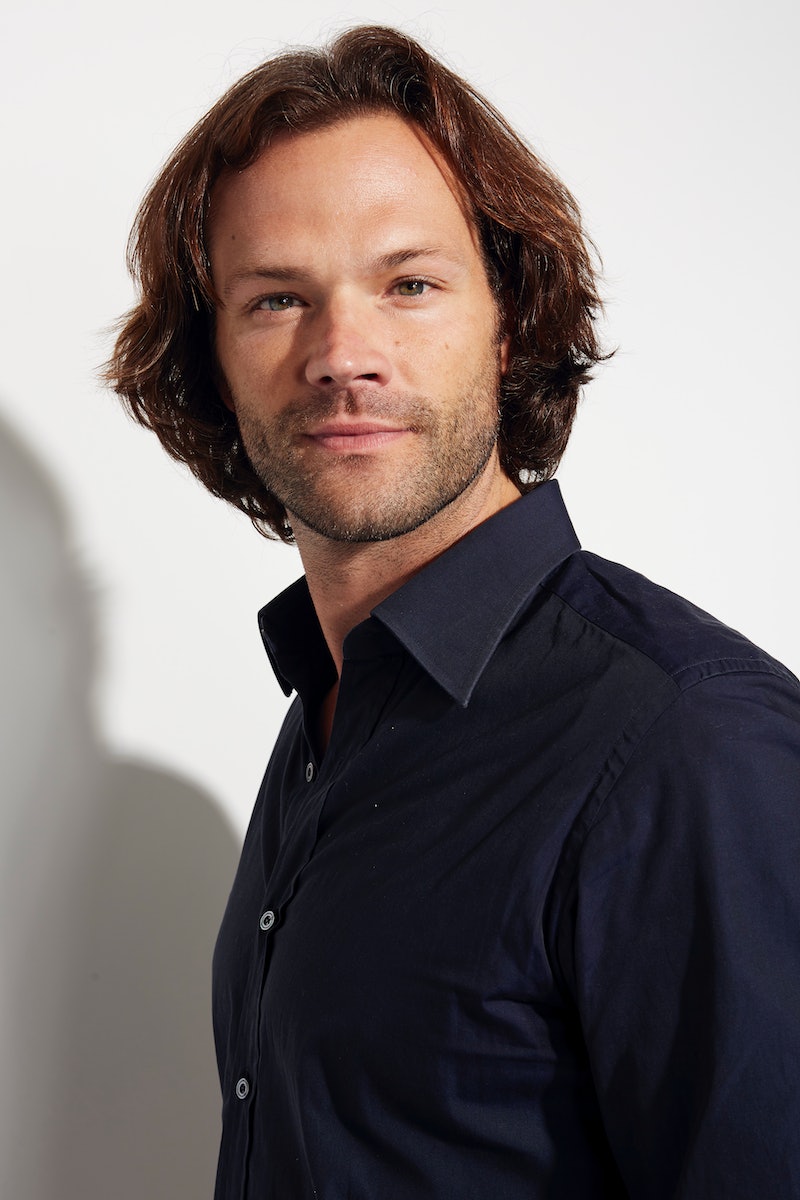 One week after an alleged altercation in Texas led to his arrest, Jared Padalecki issued his first public statement, apologizing to Supernatural fans for missing an event at DC Con in Washington D.C. On Twitter, Padalecki wrote, in part, "I want to sincerely thank my family and friends for all of your love and support." On Sunday, Padalecki's co-stars Alexander Calvert and Jake Abel stepped in for the panel in his place alongside castmate Jensen Ackles, according to E! News. (Bustle reached out to Padalecki's manager and lawyers for further comment on his tweet and his arrest, but did not receive an immediate response.)

On Oct. 27, Padalecki allegedly struck a bartender outside of the Stereotype Bar in Austin, Texas and allegedly put another club employee in a headlock, according to TMZ. The Travis County Clerk's Office apprehended and charged Padalecki with two counts of assault causing bodily injury, as well as one count of public intoxication, Entertainment Weekly reported. Padalecki was released on bond later the same day, a rep from the clerk's office confirmed to EW.

On Sunday, Ackles lightheartedly addressed Padalecki's arrest during DC Con. "There’s a lot of love. I’m going to tell Jared to stay home more often," Ackles said, according to Us Weekly. Then the actor made a more serious statement about his on-screen brother's absence:

"I’m kidding, we all miss my big, dumb friend. And I’ll just say it now, he had a bad weekend last weekend. He’s dealing with what he’s gotta deal with, so just send him support and some love."

Ackles also mentioned that the Supernatural cast and crew joked about the incident afterward, bringing Padalecki onto set in handcuffs last Wednesday. "The crew really wanted to wear orange jumpsuits, but we couldn’t get ‘em in time," Ackles said. "Anyway, he’s doing fine. He sends his love, and you’re stuck with me today."

Supernatural's 15th and final season is currently airing on The CW, and the series finale is slated for April 2020. Deadline reported last week that Padalecki's arrest won't impact the show's production, which is currently halfway done, and the final episodes are expected to air as scheduled.

As the show comes to a close, some cast members have already lined up other work, including Ackles releasing his debut album in November and Padalecki signing on to star in a Walker, Texas Ranger reboot, which was announced in late September.

More like this
A New Netflix Doc Will Explore The Unsolved Murder Of Jill Dando
By Sam Ramsden
This First Look At 'The Gold' Shows Jack Lowden In A Whole New Light
By El Hunt and Sam Ramsden
'The Queen’s Gambit' Season 2 Tweet Wasn’t From Anya Taylor-Joy
By Mary Kate McGrath, Jack Irvin and Grace Wehniainen
Ashton Kutcher Wants Danny Masterson “To Be Found Innocent” In Rape Retrial
By Jake Viswanath
Get Even More From Bustle — Sign Up For The Newsletter
From hair trends to relationship advice, our daily newsletter has everything you need to sound like a person who’s on TikTok, even if you aren’t.