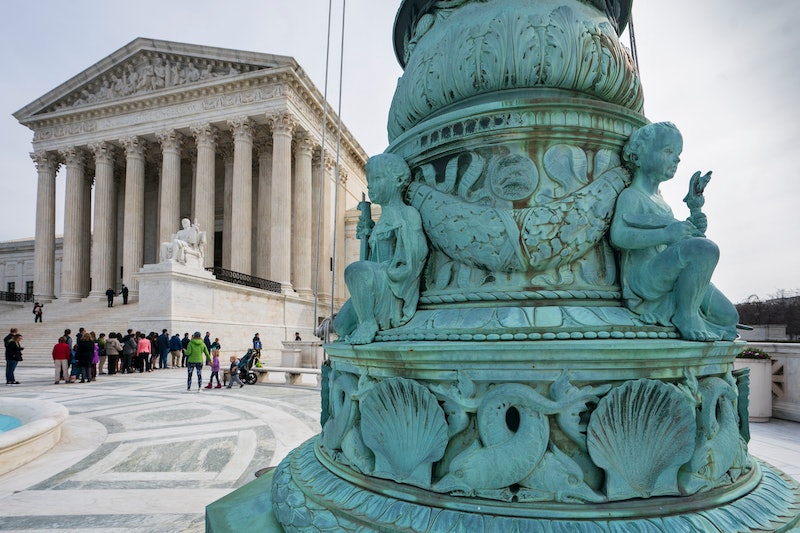 In a 7-2 ruling issued Friday, the Supreme Court reversed the conviction of Curtis Flowers, an African American man currently on death row in Mississippi after being tried for the same crime six times. But the Supreme Court didn't weigh in on Flowers' alleged culpability, rather they said the state's trial court had committed a "clear error" when it had concluded that the prosecutor's striking of a black prospective juror was not motivated by discrimination. While the Supreme Court's ruling overturns Flowers' latest conviction it also enables the state of Mississippi to attempt to try him for a seventh time should it so desire, NPR reported.

"A State may not discriminate on the basis of race when exercising peremptory challenges against prospective jurors in a criminal trial," Supreme Court Justice Brett Kavanaugh wrote in the court's majority opinion. "The numbers speak loudly. Over the course of the first four trials, there were 36 black prospective jurors against whom the State could have exercised a peremptory strike. The State tried to strike all 36."

In his appeal, Flowers had alleged that the prosecutor had sought to intentionally exclude blacks from serving on the jury pools involved in his trials, thereby violating a legal principle known as Batson. According to Kavanaugh, the state prosecutor used the state's available peremptory strikes "to attempt to strike every single black prospective juror that it could have struck."

In the court's majority opinion, Kavanaugh claimed that Supreme Court justices broke "no new legal ground" in deciding the lower court had erred in concluding the peremptory strike of a black prospective juror wasn't substantially motivated by discriminatory intent. "We simply enforce and reinforce Batson by applying it to the extraordinary facts of this case," Kavanaugh wrote.

According to Cornell Law School's Legal Information Institute, Batson comes from the 1986 case Batson v. Kentucky, in which a black man was indicted on charges of second-degree burglary and receipt of stolen goods in Kentucky. The prosecutor in that case used his peremptory challenges to cut all four black prospective jurors from the jury pool, leaving only whites.

Ultimately, the Supreme Court ruled that the Equal Protection Claus outlined in the Constitution's Fourteenth Amendment prohibits prosecutors from excluding people who are of the same race as the defendant from the jury pool on the basis of their race or the false assumption that their race makes them unqualified to serve.

In Flowers' case, he was tried by the same prosecutor six times for the murder of four people in a furniture store. Although the first three trials resulted in convictions, the Mississippi Supreme Court reversed each conviction due to either instances of prosecutorial misconduct or violations of Batson, according to a summary provided by the Supreme Court. Both the fourth and fifth trial ended in a mistrial. In the sixth trial, however, Flowers was convicted and the state's supreme court upheld the conviction against Flowers' allegations that the prosecutor had again violated Batson when he struck five of the available six prospective black jurors from the jury pool.

Despite the many overturned convictions, Flowers has been incarcerated since 1996, according to USA Today. It remains unclear if the state of Mississippi will opt to try him for a seventh time.