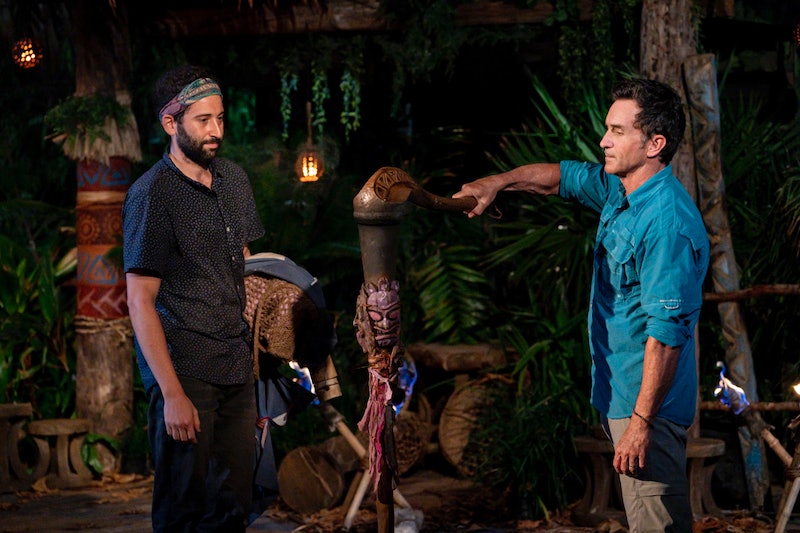 Survivor: Battle of the Idols has brought unexpected issues with the long-running series to the forefront, and the producers are taking notice. In a new interview, Survivor host Jeff Probst said changes will be made to the show following how production handled an unfortunate incident between contestants Kellee Kim and David Spilo.

As fans saw during the Nov. 13 episode, Kellee told producers in a filmed conversation that Dan's alleged habit of physically touching her and invading her space without permission was making her uncomfortable and affecting her game. The emotional comments led to an off-camera producer asking her if she wanted them to step in. Production ended up speaking to the entire cast and issuing an official warning to Dan.

However, to make matters worse, fellow contestants Missy Byrd and Elisabeth Beisel used Kellee's accusations to further their own game. They exaggerated their own experiences with Dan, saying they felt uncomfortable with him in order to make him a target, even though Elisabeth said on camera that Dan's behavior didn't affect her. Both Missy and Elizabeth have since apologized to viewers and Kellee for their actions and undermining Kellee's feelings about her own experiences. And, Dan also apologized for his behavior on the show. But, at the end of the episode, Kellee was the one that ended up being evicted, while Dan stayed in the game.

Audience response to the episode was mixed, with many people criticizing Survivor's handling of alleged misconduct among players. Probst acknowledged the reaction while speaking to Entertainment Weekly in an interview published on Thursday, Nov. 21, saying that the situation was "still very raw for a lot of the players and fans." In the same interview, he confirmed that production was taking notes and figuring out the best ways to handle these scenarios in the future.

"We will definitely be using the lessons learned from the Dan situation as a guide in how to handle similar situations in future seasons," Probst said. "We have already started discussing ideas for how to change things in the future." Bustle reached out to CBS for comment, but did not receive an immediate response.

In a separate interview with EW on Nov. 20, Kellee said she admitted that she wasn't satisfied with the way that production on Survivor had handled her complaints, telling the outlet that producers at shouldn't have intervened with Dan without her knowledge. "I did not know about Dan getting a personal warning until I watched the episode," she said. "If production was going to give Dan an official warning, they should have just pulled him from the game or at least informed me so that I was aware of how it might impact the game."

In the interview, Kellee expressed her gratitude for fans' support after the incident, and acknowledged that Survivor is taking steps to find out the best ways to handle these unexpected scenarios. "While I don’t think this was the right course of action, this issue coming to light is allowing production to have these conversations, input protocol, raise awareness, and change for the better," she said. Both Kellee and fans will be watching to see the outcomes of these changes.