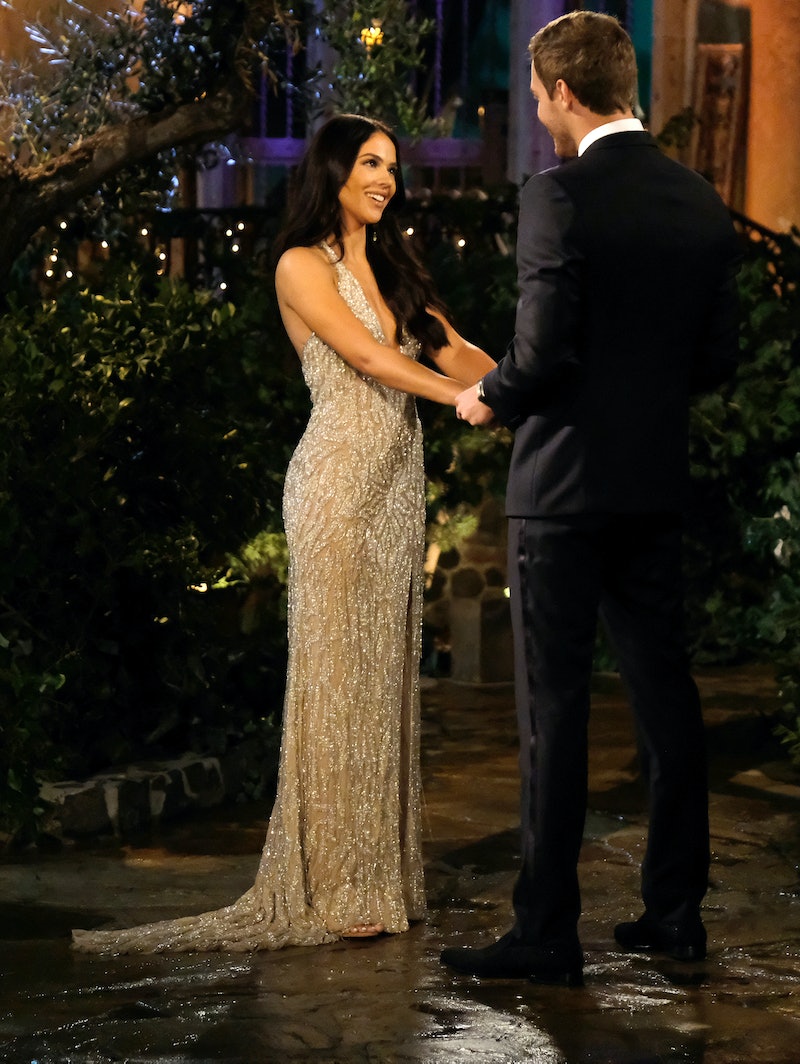 To viewers, Peter's Bachelor contestants are all brand new faces. But one former Bachelorette already knows one of Peter's women. Hannah Brown went to high school with Bachelor contestant Sydney Hightower. They even graduated in the same class.

According to the Tuscaloosa News, one Hannah Kelsey Brown and one Sydney Nicole Hightower both graduated from Tuscaloosa County High School in 2013. From there, it appears they both also went to the same college. Per Us Weekly, Hannah graduated in 2017 from the University of Alabama. Meanwhile, a nanny bio on Sitter City for a Sydney Hightower in Birmingham, Alabama, says that she also attended the U of A. Small place, that Alabama.

Of course, high school classes can be quite large, so Hannah and Sydney may not have even known each other — or at least not well. It remains to be seen if Sydney will tell Peter about this connection, though she may have no choice if Hannah recognizes her; Hannah is hosting one of the group dates during the season premiere, and Sydney is one of a handful of contestants on that date.

From her Bachelor bio, Sydney sounds like a total romantic at heart. Her favorite holiday is Valentine's Day and she "loves love." However, she recently had her heart broken: She and her ex broke up after two years, right around the time they were planning to move in together. Now, the 24-year-old retail marketing manager is hoping Peter will be "the one," and she certainly made an impression on him — or so says Bachelor host Chris Harrison.

In the video where he introduced all of this season's contestants, Harrison said that Sydney was "one of the best kissers in the group," according to Peter. Harrison also revealed that first impressions are not what they seem with Sydney. He said she seemed "soft-spoken" and "sweet" when she first arrived, but she quickly earned a reputation for saying anything on her mind. "[When something is] probably not appropriate, not the right thing to say — Sydney says it," Harrison explained.

That could certainly lead to some drama, but it seemed to work out for Sydney in the end. In a November Instagram post reflecting on 2019, she had a lot of positive things to say.

"2019 has been a year of trials, triumph, and unimaginable growth," Sydney wrote. "In the last 10 months I have learned things about myself that I have never known, I have found a strength within myself that can truly overcome any obstacle that comes my way." She added that she "gained BEST friends that I will truly have for the rest of my life," which suggests that anything she said on the show has since been forgiven and forgotten.

More like this
Everything To Know About 'Bachelor' Host Jesse Palmer
By Justice Namaste and Radhika Menon
Here's Our Ranking Of The Funniest 'Bachelor' Casting Ad One-Liners So Far
By Grace Wehniainen
Former 'Bachelor' Producer Elan Gale Knows The Secret To Your Favorite Shows
By Samantha Rollins
Where Is Clayton Echard Now? The Former 'Bachelor' Star Is Dating Susie Evans
By Kadin Burnett
Get Even More From Bustle — Sign Up For The Newsletter