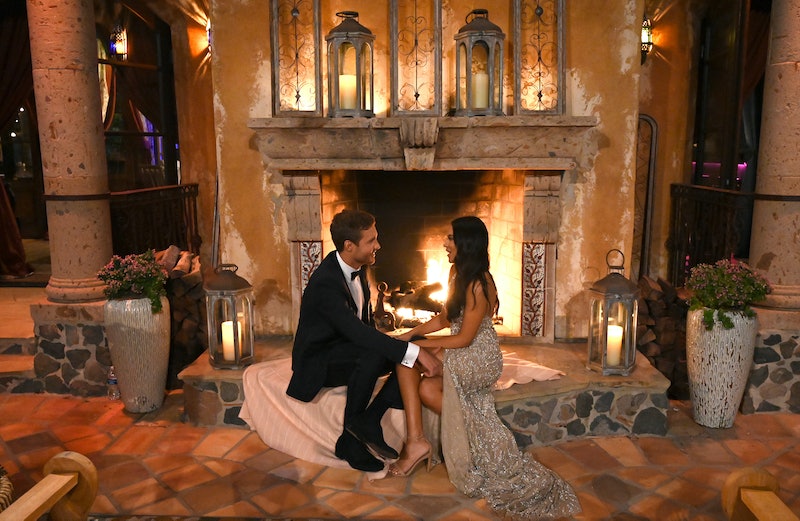 Peter and Hannah B. may be in the midst of trying to figure out their feelings for one another on The Bachelor, but there are still 30 other women gunning for that final rose. And while Peter may feel confident that the end of his season won't be spoiled, the Instagram of Bachelor contestant Sydney Hightower may contain a few clues that she's the one who ends up with him.

As her ABC bio states, Sydney is a 24-year-old retail marketing manager from Birmingham, Alabama. She's always considered herself a "relationship girl," but her last breakup "really crushed her." She and her boyfriend of two years were just about to move into together when he abruptly dumped her. Sydney, who had "really thought he was the one," was devastated, and she's spent the last few months trying to build up the confidence to start dating again. This is something Peter can probably relate to, considering he also got his heart broken by Hannah B (and on national TV, no less). If he's able to get over his apparently-still-lingering feelings for Hannah, perhaps Peter and Sydney's shared heartache will be what brings them together.

The two of them have yet to get a lot of one-on-one time together, which makes it difficult to determine how much chemistry they share, However, Sydney recently posted several images from her time on the show just before the Bachelor season premiered on Jan. 6, and the captions seem to imply that she had a very positive experience during filming.

"Feeling extremely nostalgic and thankful," she captioned one image of her and Peter meeting outside of the Bachelor mansion for the first time. "Tonight is the start of this incredible journey I was so blessed to be a part of. Breathe in- breathe out."

Shortly afterward, she uploaded another photo of her accepting the rose Peter was offering her during the first rose ceremony. "Safe to say it was a pretty smooth takeoff," she captioned the image.

Of course, none of this proves she wins the season. But at the same time, it doesn't not prove it (we're really thirsty for spoilers here, guys!!!). At the very least, the fact that Sydney is so eager for her followers to see her Bachelor journey bodes well for her long-term chances.

It's also worth noting that Sydney and Hannah went to high school together and even graduated in the same class. Could those similarities to Hannah work in her favor or to her detriment? That's something viewers will most likely discover over time, if and when the topic gets broached between the two of them.

A lot of contestants end up claiming to have "no regrets" about being the show, whether they get engaged to the Bachelor or not. But maybe, just maybe, in Sydney's case, these posts are her way of subtly hinting that her relationship with Peter has only just begun.

More like this
The Bachelor’s Christina Mandrell Comes From One Of Country Music’s Most Famous Families
By Brad Witter
Brooklyn From 'The Bachelor' May Have Accidentally Predicted Her Time On The Show On IG
By Grace Wehniainen
Brianna Revealed Why 'The Bachelor' Premiere Was Tougher For Her Than You Saw On TV
By Brad Witter
This 'Bachelor' Contestant Already Has A Lot In Common With Zach
By Grace Wehniainen
Get Even More From Bustle — Sign Up For The Newsletter
From hair trends to relationship advice, our daily newsletter has everything you need to sound like a person who’s on TikTok, even if you aren’t.