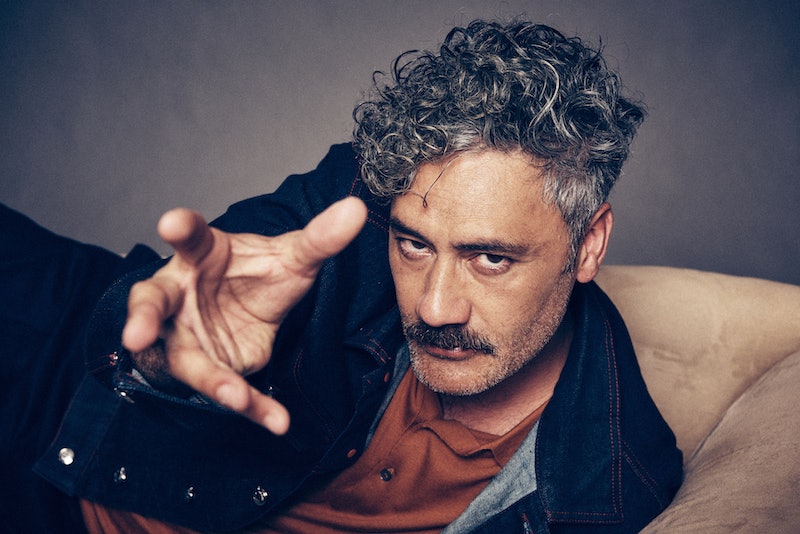 In a historic moment for the franchise — and the galaxy far, far away — Taika Waititi will direct and co-write a new Star Wars film for theatrical release, making him the first person of color to direct one of the feature films in the franchise. Waititi will co-write the screenplay along with Academy-Award nominee Krysty Wilson-Cairns, and she will be only the second woman to write for a Star Wars film.

On Monday, the official Star Wars account posted the announcement on Twitter, writing in part, "Incoming news from a galaxy far, far away…. Academy Award winner @TaikaWaititi to direct and co-write a new Star Wars feature film for theatrical release."

Star Wars made the announcement on the unofficial Star Wars holiday, May the Fourth, along with a few other exciting reveals. The franchise also confirmed that Russian Doll showrunner Leslye Headland is developing a new Star Wars series for Disney+. No release date or production schedule has been set for either project, and the coronavirus pandemic is likely to continue to shift Hollywood filming schedules, but the news is still exciting for Star Wars fans, who have been anxious to see where the franchise will go now that the Skywalker Saga is over.

Waititi is no stranger to the Star Wars franchise, as he directed The Mandalorian season finale for Disney+, and appeared in the show as the voice of the droid IG-11. Wilson-Cairns, while new to the Star Wars universe, is best known for co-writing 1917. It's not yet clear if the duo's film will be one of the Star Wars films slated for Dec. of 2022, 2024, and 2026, or if the installment will be a separate project, as per Variety.

In February, Waititi addressed Star Wars rumors in an interview with Variety, joking: "Are there discussions about the Star Wars film? Like, yeah, I discussed with my friends in 1996 how cool Star Wars was." The director didn't outright deny being interested in the franchise, adding: "I would f*cking love to, if it was right. I would want to do any kind of movie if it made sense."

It's been a busy couple of years for Waititi, who won a best adapted screenplay Oscar for his film, JoJo Rabbit, in February. The director will also helm Thor: Love and Thunder, which is currently set to premiere on Feb. 11, 2022, as per the Hollywood Reporter. He has also recently wrapped filming on Next Goal Wins for Searchlight Pictures, a sports comedy he directed and co-wrote with Iain Morris.

The untitled project is the first major announcement about Star Wars' future since Game of Thrones creators David Benioff and D.B. Weiss left their deal with Disney Lucasfilm in Oct. of 2019. And Waititi, who is both well-versed in the Star Wars universe and an award-winning screenwriter, seems the perfect fit to usher in the next era of the franchise.

More like this
The 'Scream 6' Trailer Shows Off Hayden Panettiere's Return & Ghostface In NYC
By Jack Irvin and Jake Viswanath
Anne Hathaway Shared A "Thrilling" 'Princess Diaries 3' Update
By Darshita Goyal
'Friends' Star Maggie Wheeler Offers Support To Matthew Perry After Reading His Memoir
By Alyssa Lapid
At 28, Rosie Perez Risked Her Career To Stop Playing Stereotypes
By Gabrielle Bondi
Get Even More From Bustle — Sign Up For The Newsletter
From hair trends to relationship advice, our daily newsletter has everything you need to sound like a person who’s on TikTok, even if you aren’t.