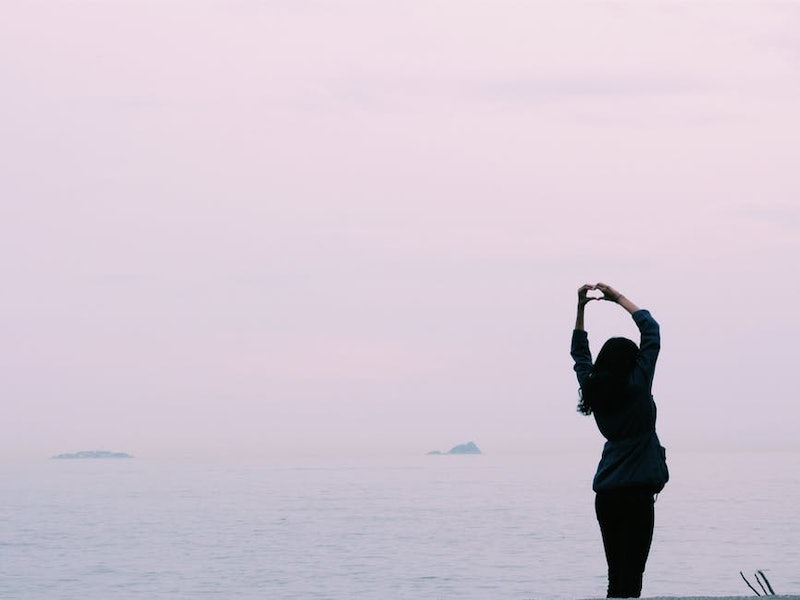 Getting over a breakup is difficult for almost all of us— though some people find it easier than others. But if moving on has been a struggle, there's now a breakup test that might help. Patrick Wannis, who touts himself as America's number one celebrity life coach (whatever that means) on his website, has designed a breakup test that allows you to put in the details of your specific relationship. Like, a lot of details. The eight part questionnaire looks at everything from problems in your relationship, how you broke up, how you've been behaving since the breakup, and what you're really struggling with — all to help you move on.

Once you've completed the test, you're given a score and, perhaps unsurprisingly, links to join Wanis' "Get Over Your Ex Now! program. It's designed to steer you away from toxic people and help you take certain proactive steps toward getting over someone. But this isn't just for getting over any breakup, it's for breakups that you just can't seem to shake. "This is for someone who has come out of a recent break-up, and someone who experienced a break-up a long time ago," Wanis told Medical Daily. So we're talking those exes that are difficult to shake — months or even years later.

If you're stuck, it may be helpful to look at the test. Though when it comes to moving on, it's often down to what works for you personally. Here a few things that science has found can help you along the way:

Use The Placebo Effect

It may sounds crazy, but just doing things that are supposed to make you feel like you're 'getting over your ex' may actually help you do it. A study from University of Colorado, Boulder found that the placebo effect was very powerful when it comes to breakups. So if you believe that you're doing everything you can to move on, you'll soon find yourself moving.

Form New Memories Without Them

Part of the problem with getting over a break up comes from the precuneus part of the brain, which is responsible for autobiographical memory. Right after a breakup, we tend to view our partner as part of ourselves. Dr Laura Brown, a neuroscientist, tells Bustle "we need to be able to reinvent ourselves". A good way to start is by forming new memories without your ex, to remind your brain that you're a person in your own right— and even better off without them!

Take A Social Media Detox If You Have To

This should really go without saying, but I'm going to say it anyway. Delete. Unfollow. Burn your phone. I don't care — just stop obsessing over your ex on social media. "If someone is struggling through a breakup and fixated on their ex, staying actively engaged in the relationship through social media will make it harder to move forward and the recovery will take longer," Dr. Cortney Warren, clinical psychologist and contributing EXpert for EXaholics.com, tells Bustle. And you're not even seeing what your ex is really up to now— you're seeing the happy, perfect version of their life that they're sharing on social media. And it's it going to make you feel like crap. Take a good, long break if you need to.

If you're having trouble getting over a breakup, make sure that you're being good to yourself and giving yourself the best chance to recover quickly. But if time goes by and you're not finding it any easier, there's no shame in getting a little help. You deserve to be happy and to be able to start a new chapter of your life.