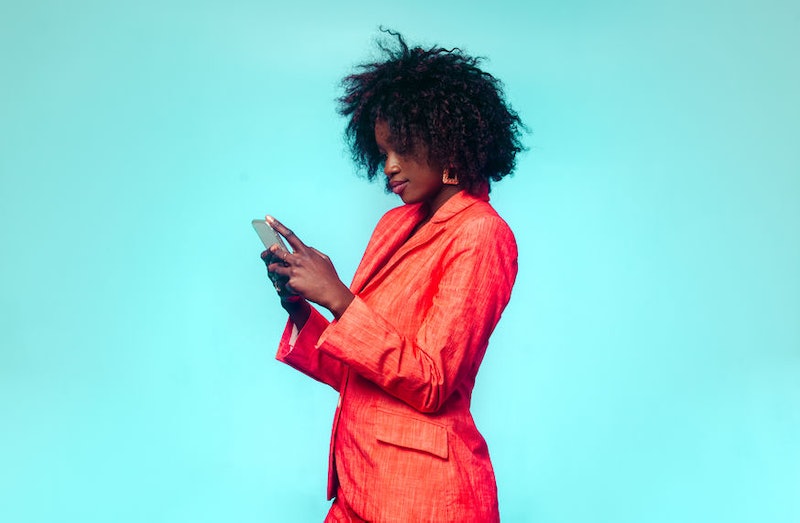 When you're tackling a difficult project, it often feels helpful to hop onto your phone and relax a little bit while you take a quick break. But, according to a new study, that "break" time on your phone actually has the opposite effect. If you really want to relax, it might be best to take a break from your phone to boost your mental stamina.

The study, published in the Journal of Behavioral Addictions, found that there were high mental costs associated with grabbing your phone for passive stimulation between other tasks. The results were based on the experiences of participating college undergraduates, who were all tasked with solving the same challenging set of word puzzles. When they were allowed to take a break and use their phone, however, their mental efficiency and quickness plummeted.

Participants who took a phone break mid-task took 19% longer to complete the assigned task, and solved 22% fewer problems than other participants. But it wasn't the break time in general that caused the depletion in mental energy. It was specifically taking a break by looking at their cell phones: People taking a break with their cell phone experienced much higher mental depletion than peers who took a break on a computer or on paper.

Based on these conclusions, the study's authors argued that even "looking at one’s cell phone will create... a psychological need to check in with other interactions." Because phones have so many forms of communication all on the same device, "people seem to have half a mind on the phone at all times," the study continued. This split in mindfulness is "logically made worse by getting to interact with [the phone] for a moment during a break."

The impact of cell phones on mental energy seems to occur even if your phone is near you when you're trying to concentrate. Indeed, a 2015 study published in the Journal of Experimental Psychology concluded that even the buzz or sound effects of phone notifications are enough to create significant distractions in your brain.

However, before you chuck your cell phone out the nearest airlock, remember that not all breaks are created equal. Because sometimes, you need a mental health break rather than a focus-restoring break from a specific work task. And cell phones are increasingly a part of explicit efforts to give people life-saving breaks on extremely difficult mental health days.

According to a 2016 study of homeless youth of color, published in the Journal of Health Communications, found that connections made through cell phones are essential for homeless youths' mental health. Similarly, texting-based interventions have been shown to help reduce immediate feelings of suicide ideation and to help people connect with more IRL social services, according to a 2016 study published in Journal of Psychosocial Nursing and Mental Health Needs.

And there are many other available distractions on your phone that can help improve your mental health. The women-led panic attack and anxiety relief app Rootd, for example, offers users various strategies to soothe anxiety and cope with panic attacks. And the mental health app Huddle was designed for people from marginalized communities to offer peer support for each other, offering a respite from the dual stigmas of being a person of color and/or queer person with mental health struggles.

So if you're taking your "break" time on your phone to text for relief or use an anxiety-reducing app, your mental energy and resilience may well thank you. So next time you go to check your phone for no particular reason, check in with yourself about why you're doing it and how you feel afterwards. Because not all breaks are the taken for the same reasons, and yours might just make your day.