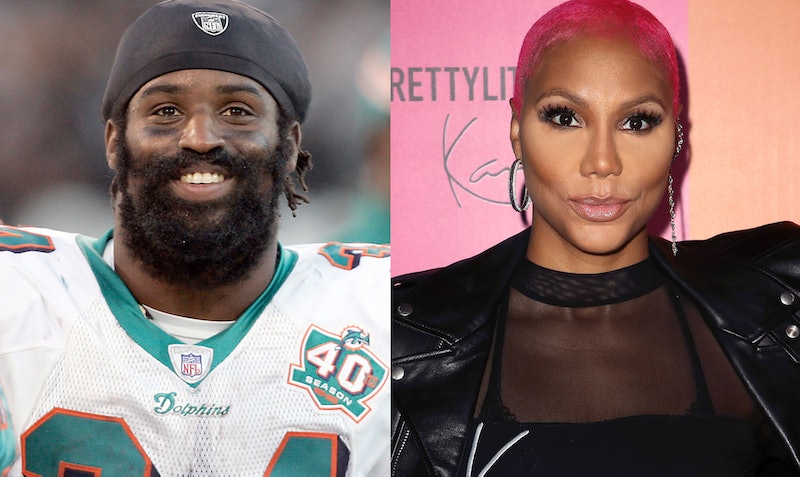 A dozen contestants battled it out for weeks on live TV, but Tamar Braxton won Season 2's Celebrity Big Brother. On Wednesday night, it came down to Ricky Williams and Tamar, but ultimately Tamar secured enough votes from her former houseguests to take the victory. She actually secured all the votes, making her win unanimous. It was a tough battle, but Tamar can feel good knowing she was victorious and got to walk out of the Big Brother house $250,000 richer.

On Wednesday, Ricky won the final Head of Household of the season, giving him the chance to choose which other person faced the jury with him. He was able to choose between Lolo, Tamar, and Dina, but he ultimately went with Tamar. That made sense, since he'd struck up a final two deal with her shortly before the finale. But it was a quarter of a million dollar mistake, since he ended up losing spectacularly to Tamar. Although, he still gets to walk out with the $50,000 second place prize, so not all is lost for Ricky.

For most of the season, Tamar's game looked to be in trouble. She was at the center of a lot of drama and was even put on the block. But, when it came right down to it, Tamar managed to keep her friendships intact and apologize to the jury for letting the drama affect her emotions. Ricky tried to make the argument that he'd played a better game, but the jury of former houseguests opted to choose Tamar instead. Now she will join Hairspray's Marissa Jaret Winokur as the second ever winner of the U.S. version of Celebrity Big Brother. But Tamar's victory comes with its own historic title, because she's also the first black contestant to win the U.S. version of Big Brother. Yes, it took 20 seasons of Big Brother and two seasons of Celebrity Big Brother to make that happen.

And, with her win coming during Black History Month, fans couldn't have been happier for her.

It's even tougher to win CBB than regular BB in some ways, because, for example, the jury isn't sequestered in CBB. That means the eliminated houseguests could watch the full episodes just like fans did, and they saw everything, including diary room sessions. So, you know, if Tamar went into the Diary Room and bashed Tom, it may make him not want to vote for her. But Tamar was able to overcome that potential sticking point and score enough votes to win anyway.

Tamar was so emotional about winning, and thanked god, her family, and her friends from the show for everything. She said she planned to spend the money on a house for her and her young son. If ever there was a contestant who deserved to win it was Tamar. She turned her game around midway through, made alliances, won a power, won competitions, and earned her way into that final two. So it's no surprise that all nine of the jurors wanted her to win. What a ride.