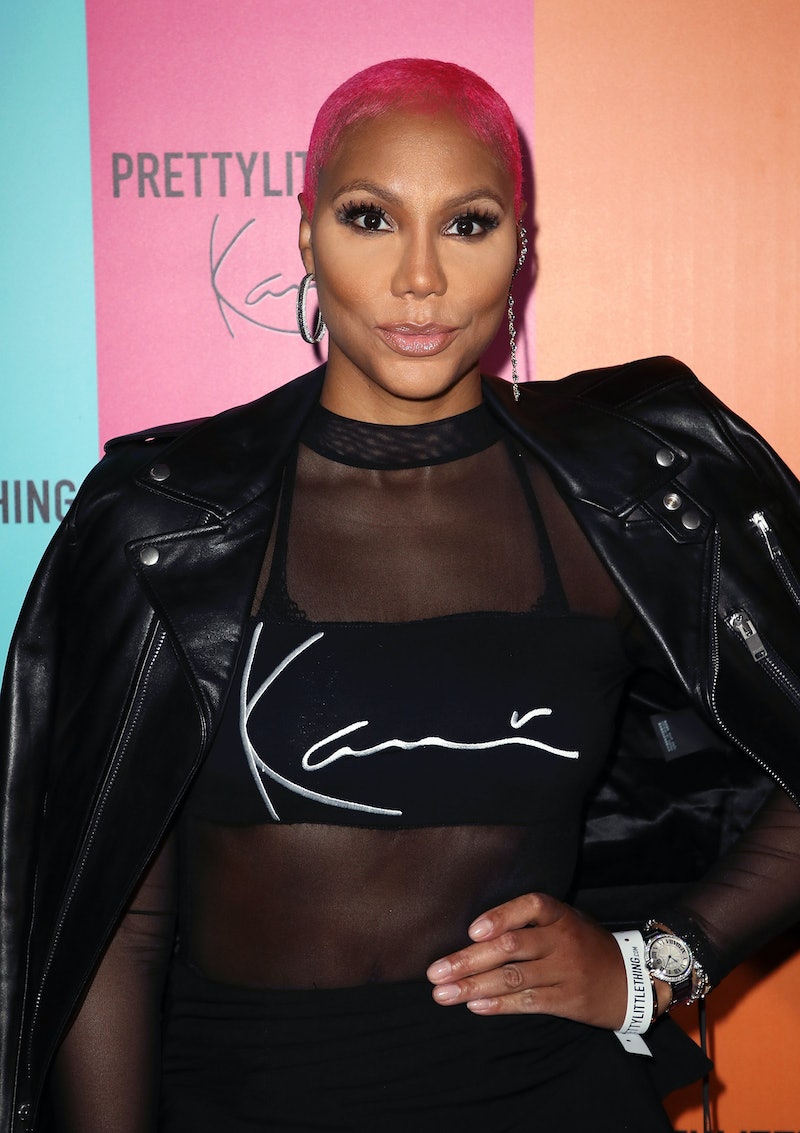 Contestants always need to remember to expect the unexpected on Celebrity Big Brother, because there's already a brand new twist to the game that just shook everything up. Tamar Braxton won the Power of the Publicist on Big Brother, which turned her game upside down in a matter of minutes. Up until now, Tamar was one of the main targets of the game. Not necessarily because she's a big threat (she literally quit this week's Head of Household contest because the haunted house theme was too scary for her), but because she's kind of a drama starter.

She's already gone head-to-head with Kandi Burruss a couple of times as well as Lolo Jones and Kato Kaelin — and her fellow housemates have expressed frustration at the tense tone she sometimes sets in the house. Kato even nominated her to be on the block last week to try to be rid of the situation. Ultimately, she survived because the house decided to take out Ryan Lochte, who was a much bigger target.

But on Wednesday's Jan. 30 episode, Tom won HoH and immediately considered Tamar again for eviction. Although, it's lucky for her that he didn't, because that meant Tamar got to hold onto her power for another day.

Tamar's power is called Power of the Publicist and, just like PR people in the real world help celebs get out of sticky situations, this power lets Tamar avoid the block at any one nomination ceremony or Veto meeting. But she can only use the power once and it expires after the Veto meeting on Feb. 4. It likely came as a huge confidence boost for Tamar, who's had a rough go of it in the house of late, to know that America voted for her to get that very special power.

Tom also failed to flush out the power, which was his intention with his nominations on Wednesday. Although he considered nominating Tamar, he ultimately put up the two people he believed were most likely to have received the gift: Joey Lawrence and Kandi. Now both of them are sitting powerless on the block and Tamar's power lived to see another day. She may not even have to use it at this week's Veto meeting, because Tom seems more interested in backdooring Ricky Williams. If she can survive this week, Tamar can save her power for the following nomination ceremony, which would keep her in the house even longer.

All of a sudden, Tamar has gone from easy target to one to watch. Now, if she can keep the drama to a minimum and actually start playing the HoH and Veto competitions, she can have a real shot at winning the game. And that's something that couldn't have been said even just a day ago. Tamar has one great publicist in this game, and things have totally turned around for her. And, she pledged at the end of Wednesday's episode that she wouldn't waste the gift America gave to her. So watch out CBB houseguests, Tamar's coming.