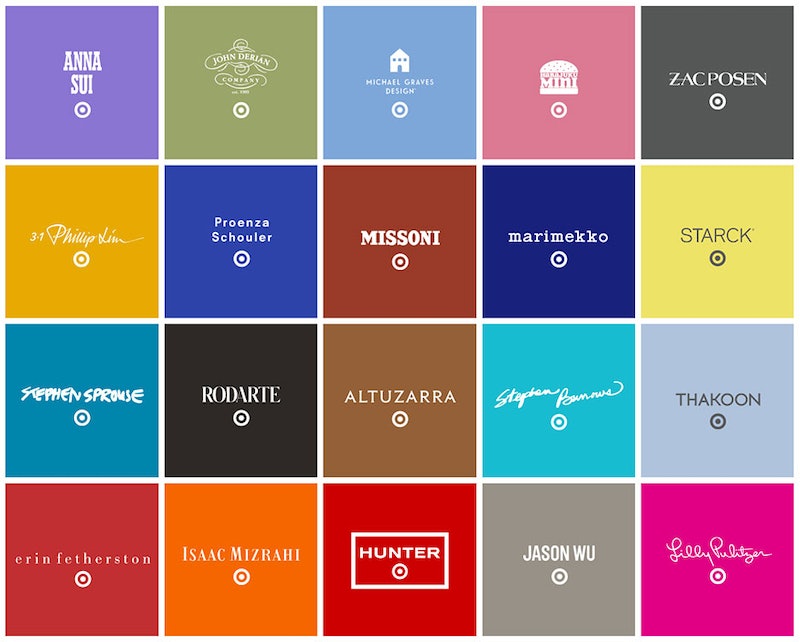 Target is known for its designer collaborations, but those mini capsules sell out in mere minutes. Unless you're camped out in a line before the store opens, it's hard to nab one of those limited-edition designs. But now you have a second chance. Target's 20 Anniversary Collection (offered in sizes XS-3X for women) is bringing back 300 limited-edition items from 20 past design collaborations. Put your war paint on, people, because second chances like these don't come around often.

Target has been collaborating with top Fashion Week designers for two decades now, and has played a major role in democratizing fashion. Target is known as the first realtor to partner with established and up and coming designers to create high style lines at affordable price points. That collaborative line is known as Design for All, and 2019 marks its vicennial.

The styles will range in prices from $7 to $160, catering to everyone's budgets. They will be available at all Target stores and on Target.com starting Sept. 14, so you have time to draft your shopping plan. And thinking up a game ploy might come in handy because the collections and items will vary by store. Guests can also only purchase up to five items per size and color, as to ensure there is enough to go around.

For those who won't get a chance to nab a coveted collaboration item, they can commemorate the collection via their coffee table. To capture its rich history of designer collaborations, Target is teaming up with publishing house Rizzoli to release Target: 20 Years of Design for All: How Target Revolutionized Accessible Design. The book will be on shelves Sept. 3.

Target has collaborated with more than 180 designers throughout the past two decades, teaming up with luxury labels like John Paul Gaultier and Alexander McQueen. The book captures behind the scenes photos, interviews with the designers, and preliminary sketches to create a history of how the big box chain changed the retail industry as a whole.

"Target has forever changed the retail landscape by doing what once was considered impossible — offering great design at an incredible price," Mark Tritton, Target's executive vice president and chief merchandising officer, said in a press release. "Each partnership brought something special and exciting to our guests, and with 20 years behind us, we're only getting started."

Target's collaborations started in 1999, with its inaugural partnership with architect Michael Graves. This produced a lifestyle line that lasted 15 years. Target's first fashion designer partnership was with Stephen Sprouse in 2002, who was the guy who graffiti-ed Louis Vuitton purses underneath Marc Jacobs. In order to stick with Target's standards of inclusivity, all women’s apparel will include extended sizing this time around.

Target's 20 anniversary of collaborating with designers is giving you a second chance to get those high fashion items you missed out on, so make sure you take the opportunity while you have it.

More like this
Mrs. Wheeler Wore A Vagina Necklace In 'Stranger Things' Season 4
By Allie Fasanella
12 Clear Resin Rings That Are So Y2K-Chic
By Vanessa Powell
You Can Buy Margot Robbie's 'Barbie' Roller Skates Now
By El Hunt
22 Cute Hiking Outfits That Will Turn You Into An Outdoor Enthusiast
By Vanessa Powell
Get Even More From Bustle — Sign Up For The Newsletter