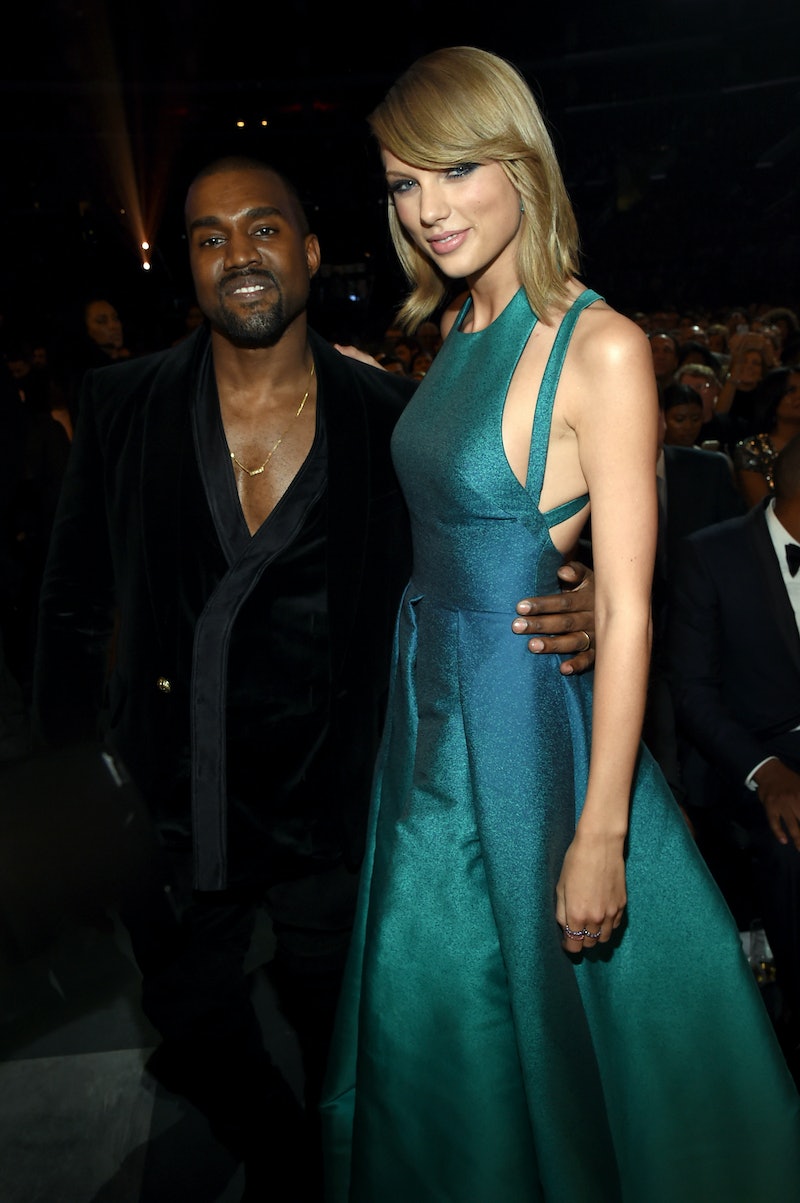 It was the phone call heard around the world, but when Kim Kardashian posted clips from the call between Taylor Swift and Kanye West in 2016, both artists had different understandings of what it really entailed, resulting in a feud for the ages. Now three years later, in a new cover story for Rolling Stone published Sept. 18, Taylor Swift is saying Kanye West mislead her, revealing some key events that led up to the phone call that had already caused tension between the two artists.

As many fans know, after the infamous 2009 incident, where West stormed the VMAs stage while Swift was accepting her award to declare that Beyoncé deserved it instead, the two artists have had a rocky relationship. And, according to Swift, that is crucial context when it comes to what eventually happened with their falling out in 2016. As she recounted to Rolling Stone, after the VMAs incident, the two artists eventually began to reconnect, something that Swift had actually always wanted.

"I started to feel like we reconnected, which felt great for me — because all I ever wanted my whole career after that thing happened in 2009 was for him to respect me," she explained to Rolling Stone. "When someone doesn’t respect you so loudly and says you literally don’t deserve to be here — I just so badly wanted that respect from him, and I hate that about myself, that I was like, 'This guy who’s antagonizing me, I just want his approval.'"

According to Swift, things started to change between them after West asked her to present the Video Vanguard Award to him at the 2015 VMAs, something she was honored to do. "I didn’t illegally record it, so I can’t play it for you," she said, slyly referring to West's infamous phone call (the legality of which has been called into question due to differences between state laws). "But he called me up, maybe a week or so before the event, and we had maybe over an hourlong conversation, and he’s like, 'I really, really would like for you to present this Vanguard Award to me, this would mean so much to me.'"

"So I wrote this speech up, and then we get to the VMAs and I make this speech and he screams, 'MTV got Taylor Swift up here to present me this award for ratings!'," she recalled (as reported by RS, his exact words were “You know how many times they announced Taylor was going to give me the award ’cause it got them more ratings?”). She did not take that kindly.

"I’m standing in the audience with my arm around his wife, and this chill ran through my body," she said. "I realized he is so two-faced. That he wants to be nice to me behind the scenes, but then he wants to look cool, get up in front of everyone and talk sh*t. And I was so upset." It was then that things started shifting for Swift. She was so uncomfortable, she claimed that she refused to see him after the show. "He wanted me to come talk to him after the event in his dressing room. I wouldn’t go. So then he sent this big, big thing of flowers the next day to apologize. And I was like, 'You know what? I really don’t want us to be on bad terms again. So whatever, I’m just going to move past this.'"

As it turns out, the song "Famous" was just the final straw. Swift confirmed to Rolling Stone that she did in fact approve the lyric "I feel like me and Taylor might still have sex" when West called, but maintained that she didn't know about the "I made that bitch famous" line. "And then when I heard the song, I was like, 'I’m done with this. If you want to be on bad terms, let’s be on bad terms, but just be real about it.'"

Things have been real between the two ever since, with both sides maintaining their own versions of what happened for years.