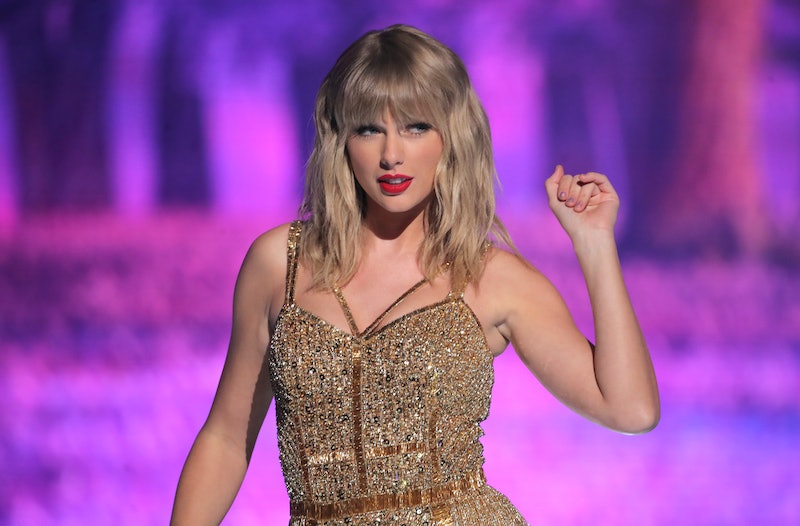 After weeks of tough competition, the 17th series of Strictly Come Dancing is fast approaching its end, and viewers are ever close to crowning their 2019 champion. In addition to what promises to be a thrilling finale, fans can also look forward to a star-studded lineup of guests, and news that Taylor Swift is performing on Strictly Come Dancing 2019 final is sure to send UK Swifties into a frenzy.

Yes, as the BBC reports, the live final of Strictly Come Dancing 2019 will get underway on Saturday, December 14, and the remaining three couples will strut their stuff on the dance floor for the very last time. During the broadcast, viewers will also be treated to special performance by the Grammy Award-winning Taylor Swift, who is set to belt out a tune from her critically-acclaimed album Lover, which debuted at the top of the UK album charts earlier this year. In addition to an appearance from the "You Belong With Me" singer, Strictly fans can also expect to enjoy the usual finale format we've become accustomed to, including an explosive group number featuring the Strictly professional and finalists, a look-back at the best moments from the current season, and the final group dance of 2019 — which will see some very familiar faces make their return to the BBC dance floor.

As usual, hosts Tess Daly and Claudia Winkleman will be on hand oversee the ballroom shenanigans, whilst each of the final couples perform three routines, which include one showdance, a series favourite, and the judges choice. Although Shirley Ballas, Bruno Tonioli, Craig Revel Horwood and Motsi Mabuse will again offer their valued critique and accompanying scores, their opinions will be used for guidance only, and the final decision lies solely with the millions of viewers at home, who must pick up the phone and vote for their favourite couple of Strictly Come Dancing 2019.

As well as landing a slot on the BBC competition series, Swift also recently swept up at the 2019 American Music Awards, where she walked away with an impressive six trophies. As the Guardian reports, the "Delicate" singer has now amounted 29 AMA gongs, surpassing Michael Jackson's previous record, and during what was perhaps the most notable moment of the ceremony, Swift was also named the American Music Awards artist of the decade. Throughout her acceptance speech, the singer explained how the honour celebrated a decade of "hard work and of art and of fun and memories," before adding "all that matters to me is the memories I have had with you guys, with you the fans, over the years."

So, with her upcoming Strictly gig, it appears Swift is ready to round off an amazing 10 years right here in the UK — and you can watch the final of Strictly Come Dancing 2019 on Saturday, December 14, at 7.05 p.m. on BBC One.