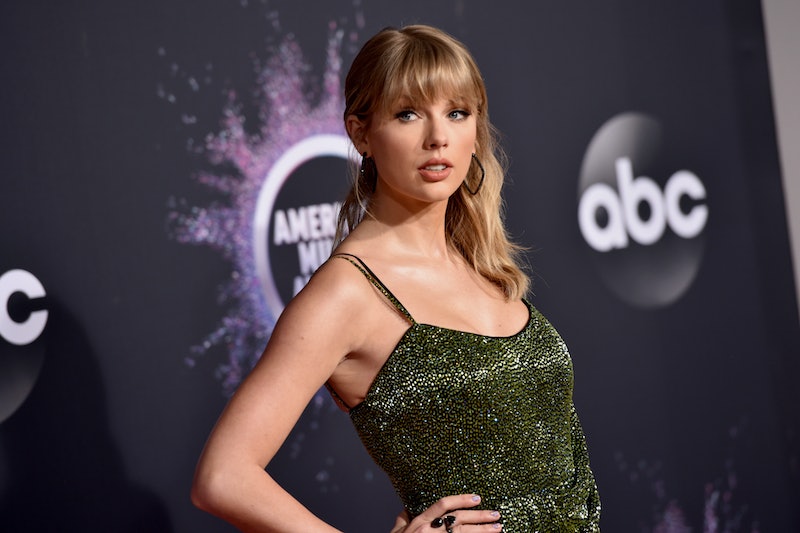 On Sunday, Nov. 24 at the 2019 AMAs, Taylor Swift was honored as the Artist of the Decade. Before accepting her award, she performed a medley of her greatest hits, including "Love Story," "Shake It Off," "I Knew You Were Trouble, "Blank Space," and "Lover." The moment wasn't just full circle because Swift was singing tracks that spanned the entirety of her career, though. She was introduced by legendary singer-songwriter Carole King, who praised Swift's strong songwriting skills. The "Shake It Off" singer reciprocated the sentiment, telling King during her acceptance speech that her parents were big fans, and that King had become a huge influence for her, too, while she was growing up.

"[My parents] would listen to Tapestry and all your other records in high school," she told King. "Then, when they met and they got their own house, they took those records with them there. And then when they had my brother and I, they played those records for us. And...when I fell in love with music, it was right around the time I realized how marvelous it was that an artist could transcend so many different phases and changes in people's lives. So you taught me that that's a possibility."

But she was also just there to have fun, cheering on her friends while they took their turn in the limelight. Swift concluded, "[T]his is an award that celebrates a decade of hard work and of art and of fun and memories."

More like this
Taylor Swift's “Carolina” Theme For 'Where The Crawdads Sing' Soundtrack Is Here
By Jake Viswanath
Taylor Swift Fans Caught A Possible ‘1989’ Clue In Her Latest Awards Show Speech
By Grace Wehniainen
'The Summer I Turned Pretty' Using “Cruel Summer” Has Twitter Begging Taylor Swift To Release A Music Video
By Radhika Menon
Taylor Swift Explained The Ambiguous Ending To ‘All Too Well: The Short Film’
By Grace Wehniainen
Get Even More From Bustle — Sign Up For The Newsletter