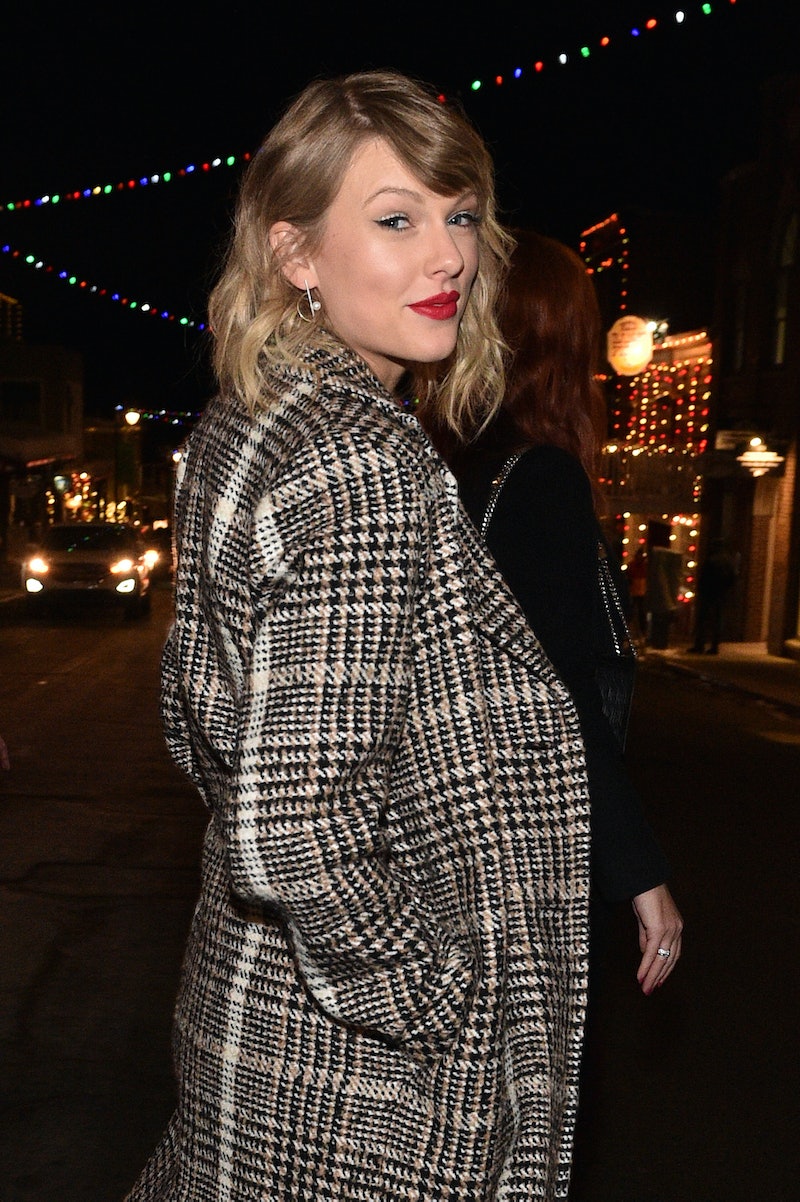 Taylor Swift's Miss Americana premiered at the Sundance Film Festival on Thursday, Jan. 23, and it's already proven to show her at her most vulnerable. As she opened up about to Variety at the Sundance Film Festival, Swift shares her past eating issues and struggles with body acceptance in the documentary. Recently, the Lover singer-songwriter has become more outspoken about body image and how the media can negatively impact how women see themselves. As she explained to Variety, moments when she was criticized or praised for her body led to an unhealthy relationship with food, as seen in Miss Americana.

Swift has often shared personal feelings on relationships through her lyrics. But Miss Americana marks the first time she's opened up about her eating issues, specifically that she used to stop eating for periods of time. In the documentary, Swift says there were times when she would see "a picture of me where I feel like I looked like my tummy was too big, or ... someone said that I looked pregnant ... and that'll just trigger me to just starve a little bit — just stop eating."

One perceived "punishment" happened when she was on her first magazine cover at 18 years old, and the headlines questioned if she was pregnant because of how her stomach looked. "So I just registered that as a punishment," Swift said. Other times, she would receive compliments during photo shoots for being able to fit into the sample sizes — which encouraged her to stay a certain weight even if wasn't healthy. "You register that enough times, and you just start to accommodate everything towards praise and punishment, including your own body."

The singer told Variety that she would exercise a lot but "wasn't eating," which impacted her during the 1989 tour in 2015. "I thought that I was supposed to feel like I was going to pass out at the end of a show, or in the middle of it," she says in the documentary. "Now I realize, no, if you eat food, have energy, get stronger, you can do all these shows and not feel (enervated)."

While she notes in the doc that these starving tactics would lead her into a "shame/hate spiral", she says she's achieved a healthy relationship with her body now. Both in the documentary and in the press, Swift has credited the work of both actor and activist Jameela Jamil and social work research professor Brené Brown for helping her become more accepting of her body.

Swift has been an advocate for women in the music industry since 2014. But the conversation around women's body image is something that she has taken on a new importance for the singer in the past year. "I learned to stop hating every ounce of fat on my body," she wrote about turning 30 for Elle in March 2019. "I think a lot of us push the boundaries of dieting, but taking it too far can be really dangerous. There is no quick fix. I work on accepting my body every day."