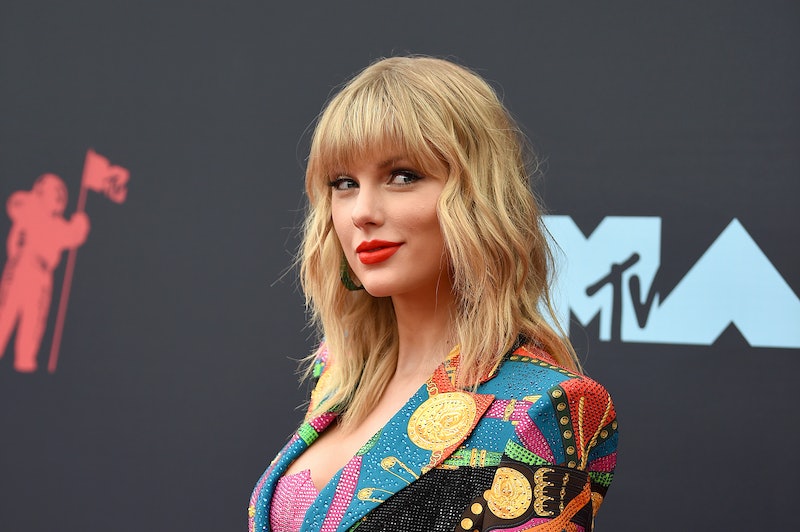 It’s been 10 years since the infamous VMAs upset heard 'round the world, and now, witnesses have been granted more insights into the notorious pop culture moment. Taylor Swift’s 2009 VMAs diary entry about Kanye West offers insights into that infamous TV moment. On Aug. 23, Swift unveiled her seventh album Lover, and, along with its deluxe version came excerpts from Swift’s personal diaries throughout the years. "I’ve written about pretty much everything that’s happened to me. I’ve written my original lyrics in those diaries, just feelings," she said on an Instagram Live upon its unveiling, as per People. "It’s everything from pictures drawn, photos of that time in my life, I used to like tape stuff in my diaries."

In a diary entry dated Sept. 18, 2009, Swift reflected on the surreal VMAs moment with West five days after the event. "Ahh… the things that can change in a week,” she wrote. “If you had told me that one of the biggest stars in music was going to jump on stage and announce that he thought I shouldn’t have won on live television, I would’ve said, 'That stuff doesn’t really happen in real life.'" She concluded the entry, "Well… apparently…. it does."

At the time of the event, a 19-year-old Swift had been up against Beyoncé and her “Single Ladies (Put a Ring On It)” video. Shortly after the debacle, West took to his blog to apologize to Swift. "I'm sooooo sorry to Taylor Swift and her fans and her mom," West wrote at the time, as per MTV News. "I spoke to her mother right after and she said the same thing my mother would've said. She is very talented! I like the lyrics about being a cheerleader and she's in the bleachers! I'm in the wrong for going on stage and taking away from her moment!”

The entire ordeal then inspired Swift’s song “Innocent” from her 2010 album Speak Now. The singer confirmed as much so in an October 2010 interview with New York Magazine. “I think a lot of people expected me to write a song about him. But for me it was important to write a song to him,” Swift told NY Mag of “Innocent" at the time. She added of the impact, “It doesn’t really add anything good if I start victimizing myself and complaining about things. Because I’m proud of that performance at the VMAs last year, where my fans helped me get through it. And there was a lot that went down backstage that I will always be thankful for… It’s not like I am bulletproof in any sense of the word.”

It's been precisely 10 years since the debacle, but Swift's diary entry proves that insights from one of the most infamous moments in pop culture history are still aplenty.