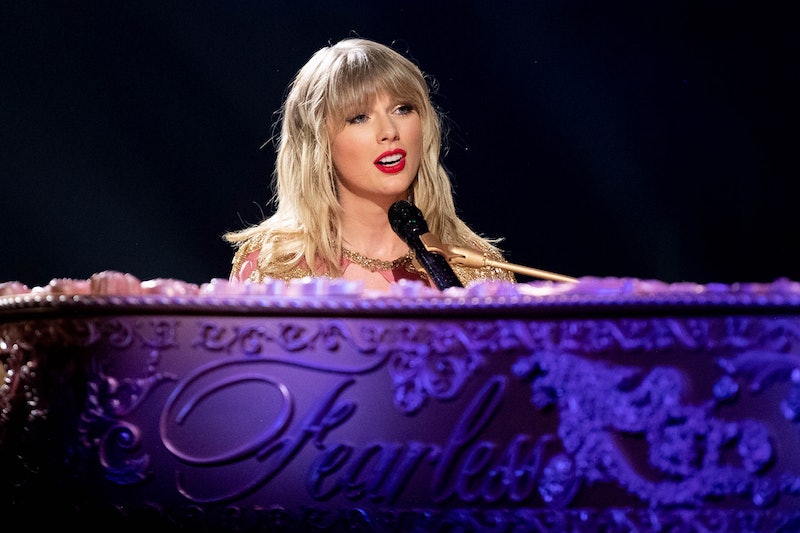 Between the release of her new album, Cats airing in cinemas, and the announcement of an international tour, there’s been a lot of news for Taylor Swift fans to take in over the last couple of months. Swifities are known for their die-hard stanning and each pieces of news has come with more excitement than the last. Well, prepare yourself guys, because it turns out Taylor Swift is releasing a 2019 Christmas song and, honestly, the reveal video it couldn’t have been more on brand.

Swift is the pop princess that really does the most but it doesn’t matter that she’s one of the biggest artists in the world, it still seems she takes into consideration the opinions of her most esteemed confidants: her very adorable cats.

Accompanying a video released on her social media feeds on Dec. 4, she wrote, “When in doubt, ask the itty bitty pretty kitty committee. When they shun you with silence, ambivalence, and judgmental brush offs... just put the song out anyway. NEW XMAS SONG AND VIDEO (made from home videos) OUT TONIGHT.”

No stranger to a big announcement Swift told her followers, “I know this is pretty wild, but I’ve just written a Christmas song. I feel like it’s weird to just wait a year to put it out. I don’t know.”

The decision from Meredith, Benjamin, and Olivia appeared to come back unanimous, so that means Swift will be releasing a Christmas hit within in a matter of hours. While fans don’t know much more, I’m sure all eyes will be on the singer's social media feeds throughout the rest of the day for more details.