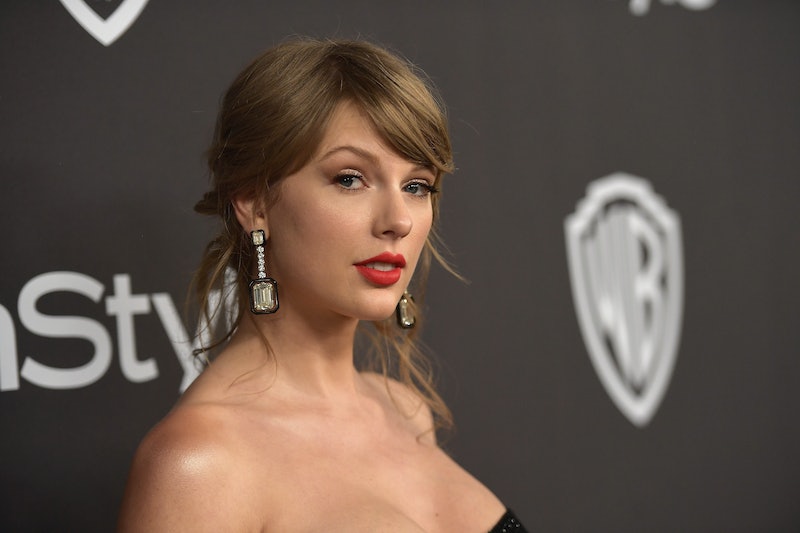 Taylor Swift is turning 30 this year, and she's taking the time to reflect on the first three decades of her life. Ahead of the milestone birthday in December, the singer opened up about a big change she's made recently. In her new interview with Elle, Swift's comments about finding her political voice show that she's committed to equality, even if she's stayed pretty quiet about politics in the past.

In the magazine article, Swift compiled a list of "30 things she learned before her 30th birthday," and number 28 is all about her political awakening. She wrote,

"I'm finding my voice in terms of politics. I took a lot of time educating myself on the political system and the branches of government that are signing off on bills that affect our day-to-day life. I saw so many issues that put our most vulnerable citizens at risk, and felt like I had to speak up to try and help make a change. Only as someone approaching 30 did I feel informed enough to speak about it to my 114 million followers."

Swift first voiced her political opinion back in October 2018, when she endorsed Tennessee candidates Phil Bredesen and Jim Cooper. (Cooper was elected to the House of Representatives, while Bredesen lost the Senate election in which he ran.) The singer explained in an Instagram post at the time that while she had kept her opinions to herself in the past, she didn't want to keep doing so.

"I always have and always will cast my vote based on which candidate will protect and fight for the human rights I believe we all deserve in this country," Swift wrote on Instagram. "I believe in the fight for LGBTQ rights, and that any form of discrimination based on sexual orientation or gender is WRONG."

Ten days after her original post, Swift also shared a message about early voting. And her original Instagram post might have even caused an increase in voter registration, according to BuzzFeed News. Her words do have power, and that's not something to be scared of — it means she can use her celebrity status to effect change in the world.

"Invoking racism and provoking fear through thinly veiled messaging is not what I want from our leaders, and I realized that it actually is my responsibility to use my influence against that disgusting rhetoric," Swift wrote for Elle. "I'm going to do more to help. We have a big race coming up next year."

The "old Taylor" may not have wanted to alienate parts of her fanbase by talking about politics. But as she says in "Look What You Made Me Do," the old Taylor is "dead," and the new Taylor is standing up for what's right. And it's great to see her embracing her star power for good.