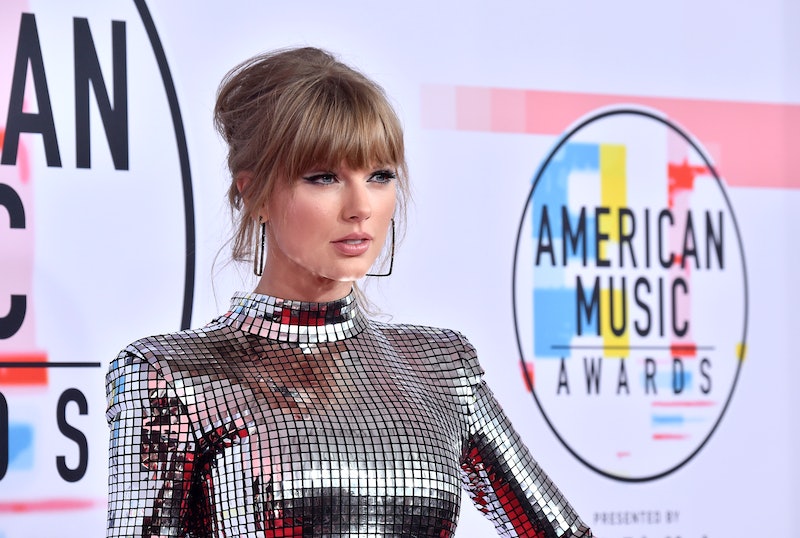 In case you were wondering, Taylor Swift's girl squad is still thriving in 2019. According to E! News, Taylor Swift's New Year's Eve party featured all of her besties, including Gigi Hadid and Blake Lively, and their fun takes on outfits for the occasion.

Instead of donning sequins and party hats, Swift decided to have an out-of-the-box dress code for her New Year's Eve party. The "Blank Space" singer posted a photo on Instagram of her costume party for NYE, which saw all of her friends dress up as their "childhood heroes."

Swift went as Ariel from The Little Mermaid, complete with a red wig and a flashy, green mermaid tail. Hadid chose a very topical outfit for the party, as she went as Mary Poppins. Lively donned her best Dorothy from The Wizard of Oz look, as she wore a blue dress and ruby slippers. Others who attended the bash include Maude and Iris Apatow, who went as Frida Kahlo and Cinderella, respectively, and Swift's longtime best friend, Abigail Anderson, who put her Posh Spice look on display.

Swift captioned her post, and detailed the rest of the fun looks that her friends wore, with:

Lively's husband, Ryan Reynolds, also attended the New Year's Eve bash. Although, he might not have gotten the costume memo. The Deadpool actor still wore an incredibly dapper suit as he posed for a pic with Swift, in which the two can be seen taking a swig of Reynolds' Aviation Gin. So, it seems like everyone was definitely getting their party on during the celebration.

Swift certainly had a lot to celebrate on New Year's Eve. The last day of 2018 marked the release of her Netflix special, Reputation Stadium Tour. The special was an instant hit amongst Swifties and gave viewers a look at her Reputation tour, which took place on Oct. 6, 2018 in Arlington, Texas (the final stop on the American leg of her tour). The singer previously opened up about what the tour meant to her. On Dec. 13 (her birthday), she took to Instagram to thank everyone for the birthday wishes and to give fans a sneak peak of the documentary. She said:

"You made this tour so insanely fun for all of us on stage, and I’m really excited that we will have this memento of the memories we all made together this year. I also got to share the stage with such wildly talented people @camila_cabello, @charli_xcx, my band and dancers who shine so brightly in this film. You’re the best. Thank you for everything."

Between the release of her exciting new documentary and her New Year's Eve party with all of her best friends, it seems like Swift is already starting off 2019 on the right foot.