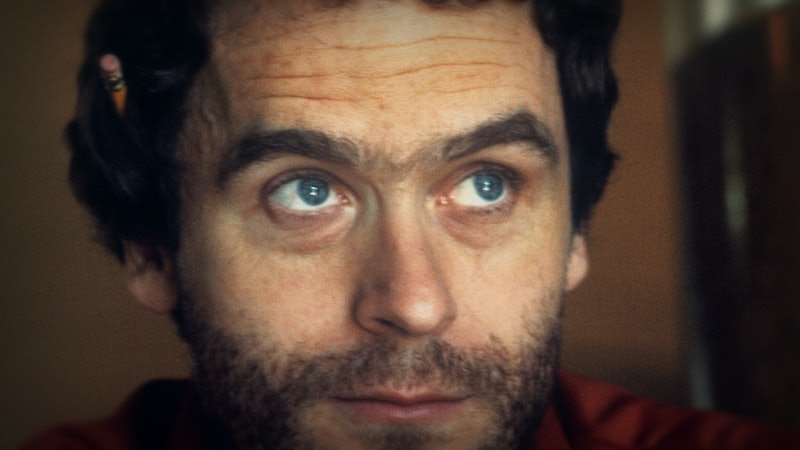 Not much is known about Ted Bundy’s ex-wife, Carole Ann Boone, but it’s not all that surprising. After becoming connected to one of the most notorious serial killers in American history, it makes sense that one would want to lay low. Basically no information about what she’s doing today is available, but she was a huge part of his life. And, archival footage of Boone is featured in Netflix’s new docuseries, Conversations With A Killer: The Ted Bundy Tapes, draws even more attention to her story.

According to Oxygen, Bundy and Boone met while they both worked at the Washington State Department of Emergency Services. The article cites a book, The Only Living Witness: The True Story of Serial Sex Killer Ted Bundy, as holding some of Boone’s very few comments on her husband. “I liked Ted immediately. We hit it off well," Boone said, according to the book. "He struck me as being a rather shy person with a lot more going on under the surface than what was on the surface. He certainly was more dignified and restrained than the more certifiable types around the office. He would participate in the silliness partway.”

The UK’s Sun tabloid reports that Boone was recently divorced and raising a teenage son when she met Bundy, and she was swept off her feet even after learning that he was suspected of his alleged crimes. They eventually became even closer after he was arrested in connection to multiple kidnappings and murders, the article continues.

In fact, Bundy’s trouble with the law was kind of a staple of their relationship — they actually married in a courtroom in 1980 when Bundy was on trial, just three years after she allegedly smuggled cash to him to help him escape from prison, according to Rolling Stone. The Sun also reports that Boone gave birth to a daughter, Rose Bundy, in 1982, with suspicion surrounding how exactly she was conceived — conjugal visits were prohibited at Bundy's prison, but inmates were allegedly known to bribe guards for private time with girlfriends or wives.

Oxygen reports in the same piece that Boone divorced Bundy prior to his execution — which occurred in 1989, per the New York Times — and that she and her daughter have laid extremely low since then. It's unclear from new coverage exactly how Boone felt about Bundy's innocence throughout their relationship or after their divorce. In general, no news or interviews can be easily found on the internet about Boone or her family, though true crime message boards and blogs continue to speculate on where she ended up.

Conversations With A Killer, according to Netflix, compiles archival interviews with Bundy that were conducted while he was still on death row, and pairs them against present-day interviews with people who are experts on his case. According to the History Channel, Bundy ultimately confessed to 36 murders, though some suspect that the actual number may be higher. Perhaps more perspective will be given about Boone's relationship with Bundy when the doc debuts on Netflix on Jan. 24, but for the most part, she seems to have left that chapter of her life behind for good long ago.